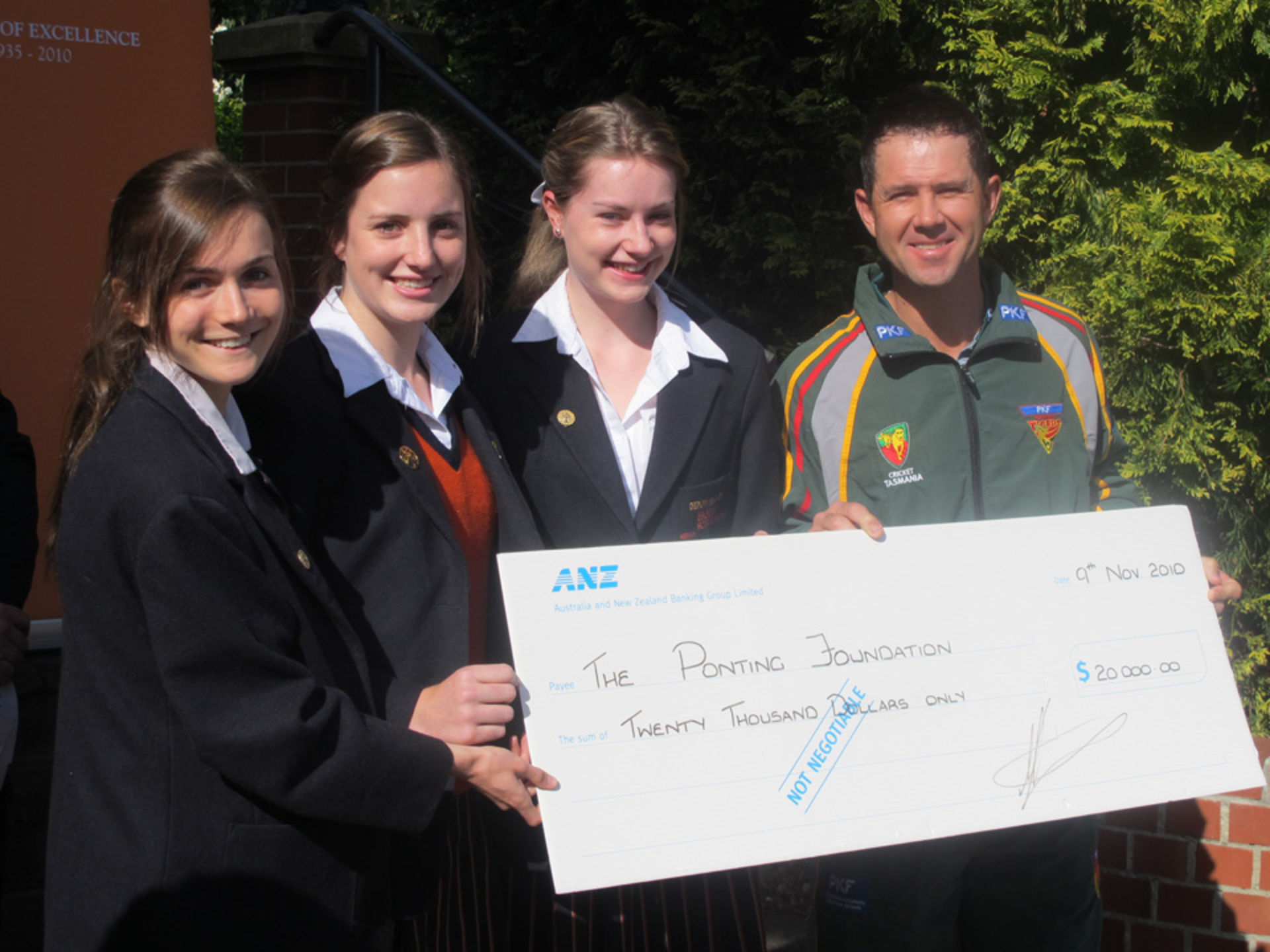 Year 12 students at Fahan School had something other than a long SWOT VAC period to look forward to during the end of Term 3 when Australian Test Cricket Captain Ricky Ponting visited the school to receive a $20, 000 donation from the girls on behalf of the Ponting Foundation’s Hitting Childhood Cancer For 6 initiative.

As their major fundraiser for 2010 the Year 12s held a Charity Auction and Cocktail Evening in the Hobart Town Hall on August 19 to raise funds for the charity they had chosen to support. The girls spent a lot of time during Terms 1 and 2 canvassing local businesses for support and giving up hours of their time to ensure that they could give to a charity that supported Tasmanian youths living with cancer.

While originally aiming to raise $10, 000 the popularity of the event exceeded the girls’ expectations and the final amount raised from ticket sales and the auction on the night came to $20, 000.

CEO of the Ponting Foundation and Ricky Ponting’s Manager, James Henderson, who attended the August function, said that one hundred percent of the monies raised from the event would go towards supporting Tasmanian children suffering from cancer who often need to seek treatment on the mainland, which can result in added expenses and stress for families.

“What the Year 12 students at Fahan School have acheived is absolutely phenomenal and is a credit both to them and their school,” Mr Henderson said.

“When Ricky and Rianna were informed about the amount of money that a group of students had raised for this cause they were so grateful and inspired by the amazing work of the girls that they wanted to ensure they could thank them personally for their efforts.

“Ricky was thrilled to meet the students and share with them the aims of the Ponting Foundation as well as explain what their donation will help acheive and the difference it will make to the 20 Tasmanian children who are diagnosed with cancer every year.”

The driving forces behind the project, Head Girl Bianca Johnston and Deputy Head Girls, Caitlin Daley and Emily Wilson, said they were excited to meet the cricketing legend and to personally hand him the giant cheque that they have worked so hard for this year.

“This is such an important issue and any difference that we can make is well worth the time and effort spent organising the charity event,” Miss Johnston said.

Fahan School Principal, Tony Freeman, said that he was incredibly proud of the Year 12 students.

“Every year we give the girls of Year 12 the task of fundraising, to provide them with a sense of assisting the community and the ability to recognise the virtue of helping those in need,” Mr Freeman said.

“For the girls to have taken the initiative to organise something of this magnitude just astounds me and gives me a great sense of pride in the accomplishments of our students.” 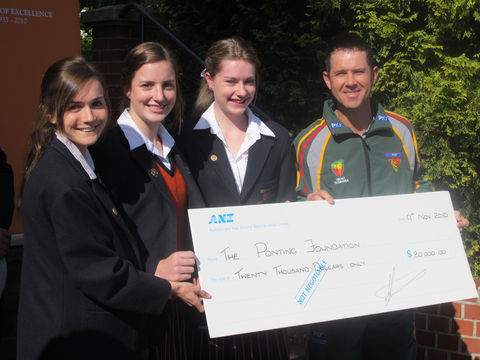 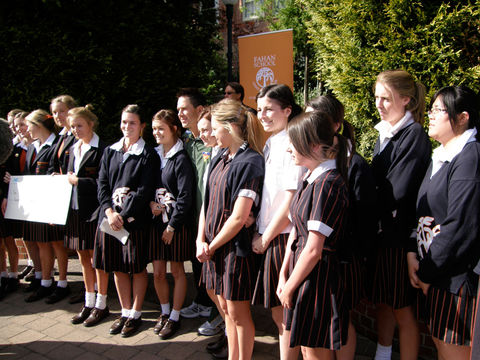 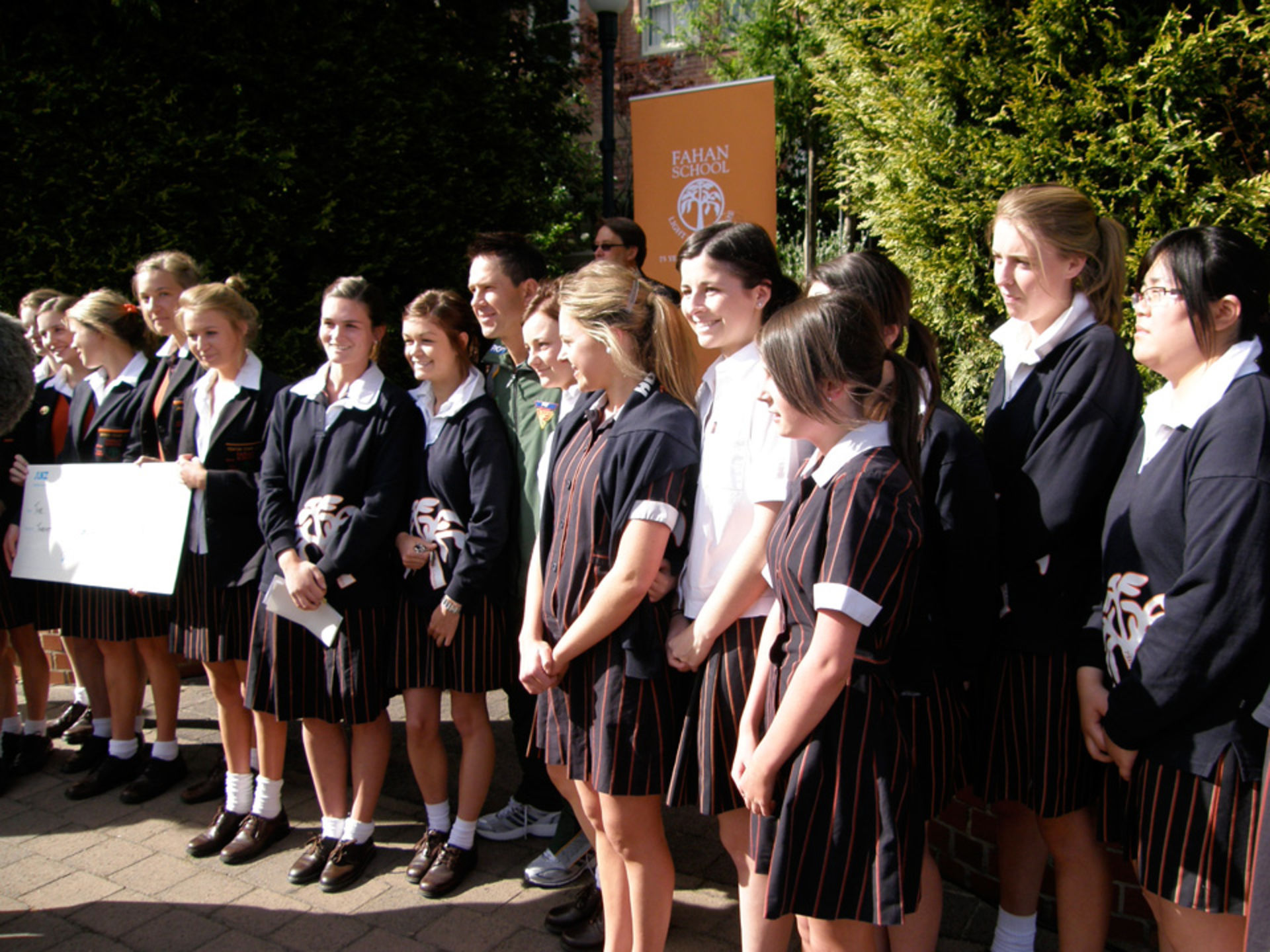