Air - Invisible Yet So Effective

On Monday 28 March students in the Junior School enjoyed a visit from Dr Peter Eastman who gave a presentation called ‘Air – Invisible Yet so Effective.’

Using novel equipment including a vacuum pump, other vacuum apparatus and liquid air, the presentation, which travels the Country, reinforced concepts including that air is an occupier of space and that objects fall in air at a different rate compared to in a vacuum.

It also examined the particle model of matter, pressure, expansion and contraction, and phase changes.

Students in Pre-Kinder to Year 6 considered why liquid would not pass through a funnel, predicted how quickly objects released in a vacuum might fall and theorized about the effect of liquid nitrogen on various objects.

Dr Eastman created a vacuum with two halves of a sphere and invited two girls to try and pull it apart – impossible!

He then asked another student to try and use her weight to break the seal.

Again she was unsuccessful.

Fortunately, the Year 5 students persuaded Mr Hodgman to use his weight to break the seal.

It was difficult but he managed to do it.

Everyone involved in the presentation had a great time and it definitely proved that air might be invisible but it really is so effective.

1. Mr Hodgman preparing to wrestle with some very tough air.
2. Ella creates her own "cloud".
3. Dr Eastman talks about the wonders of that thing we take for granted - air. 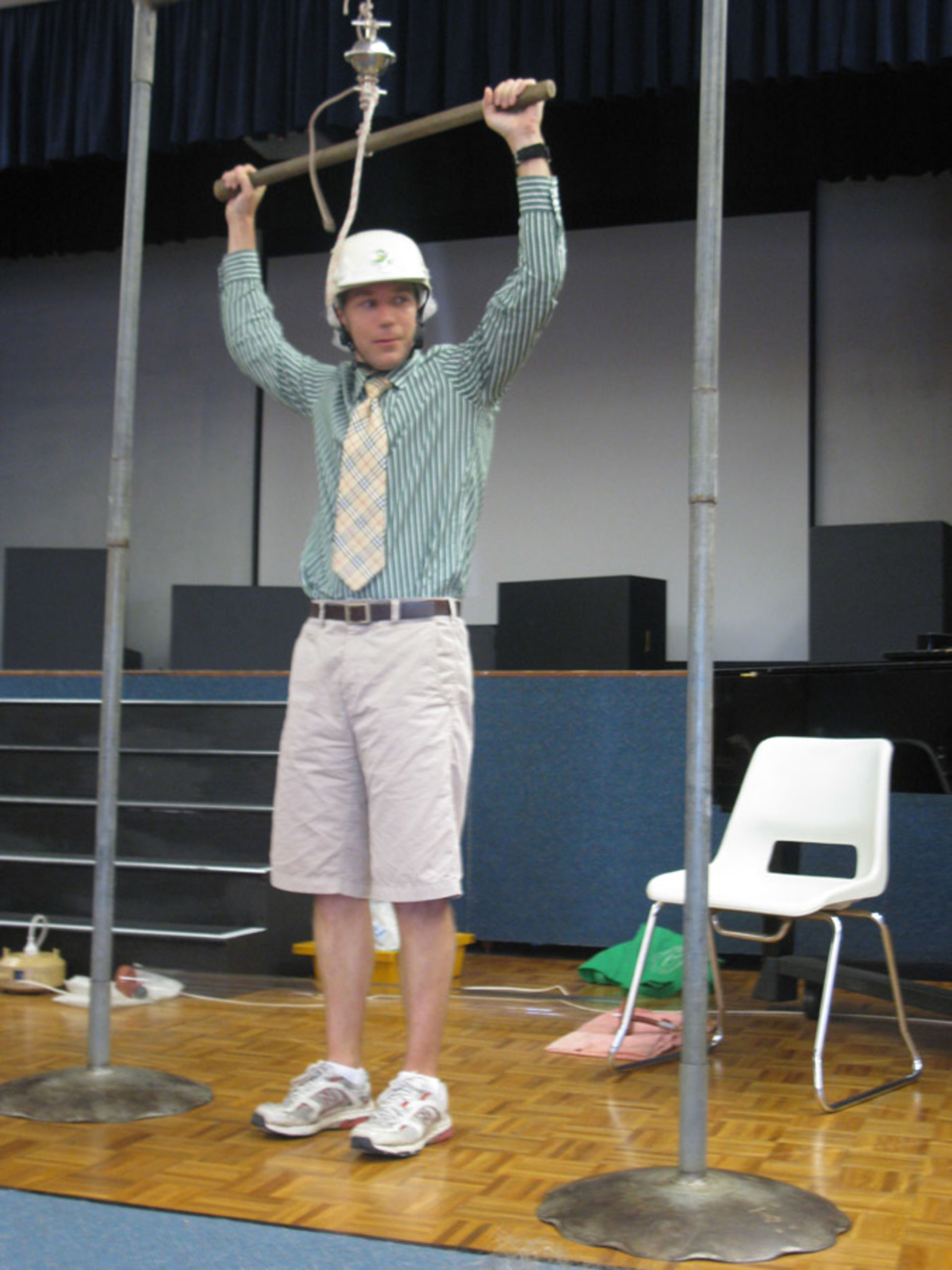 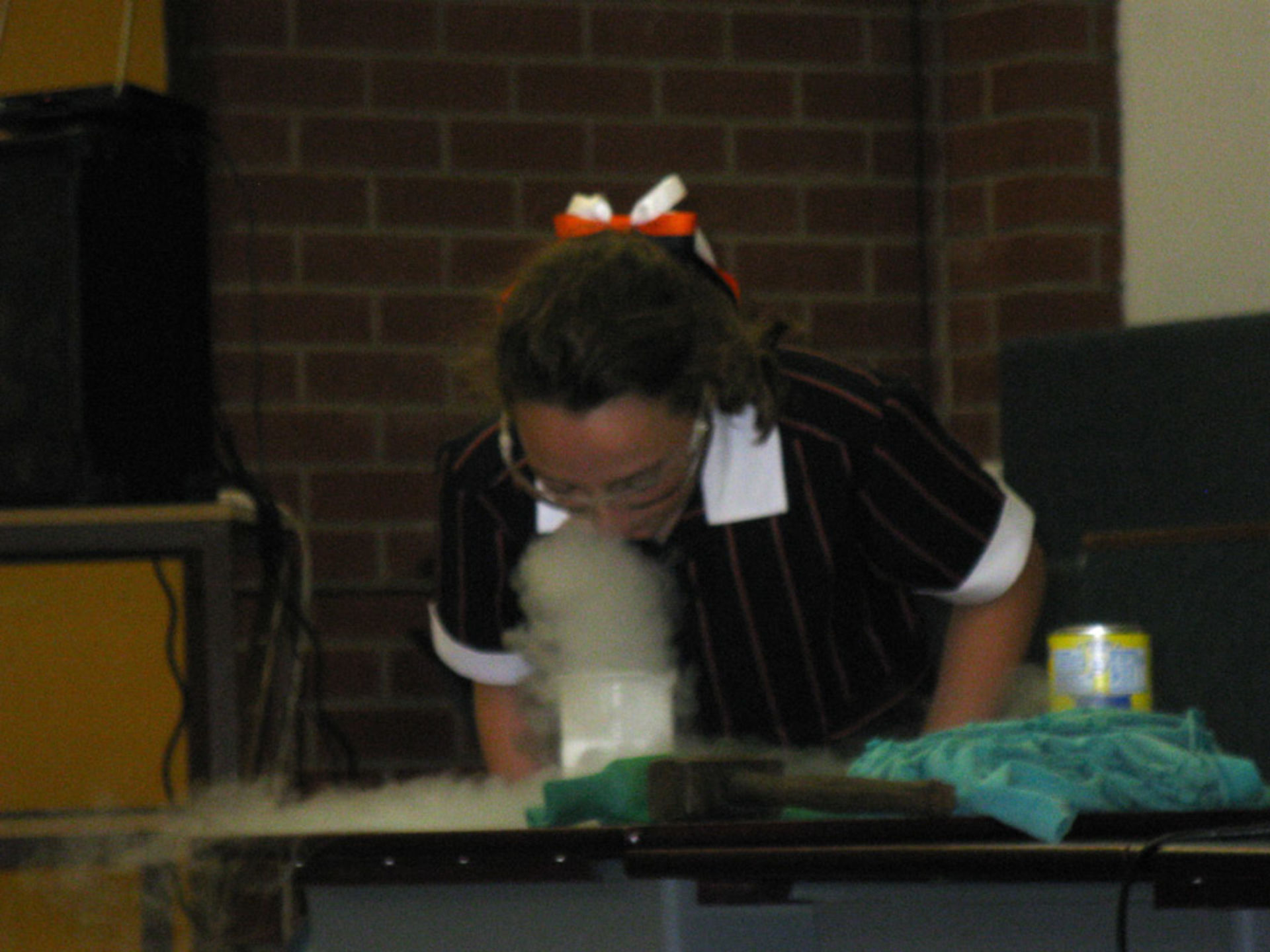 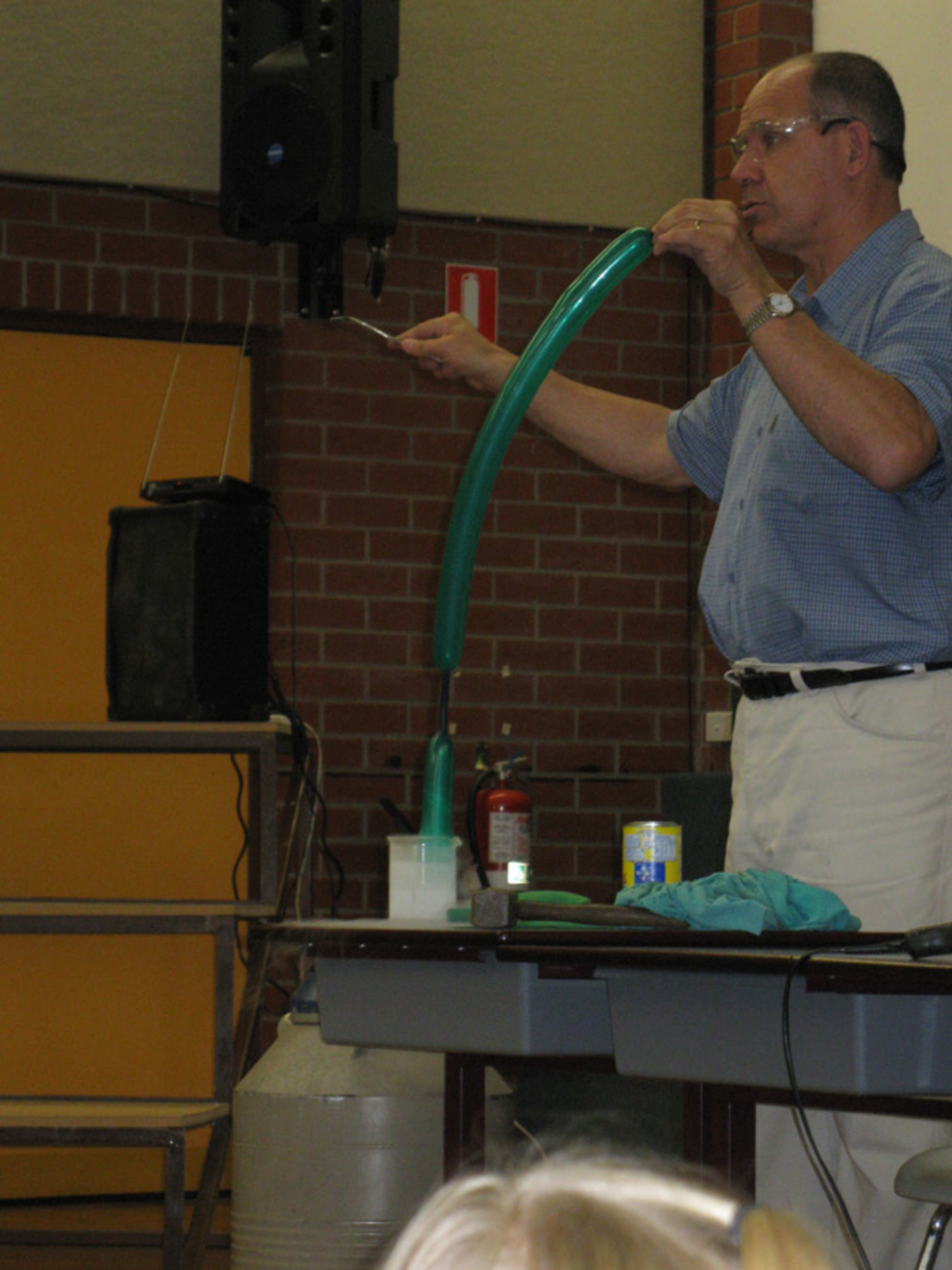