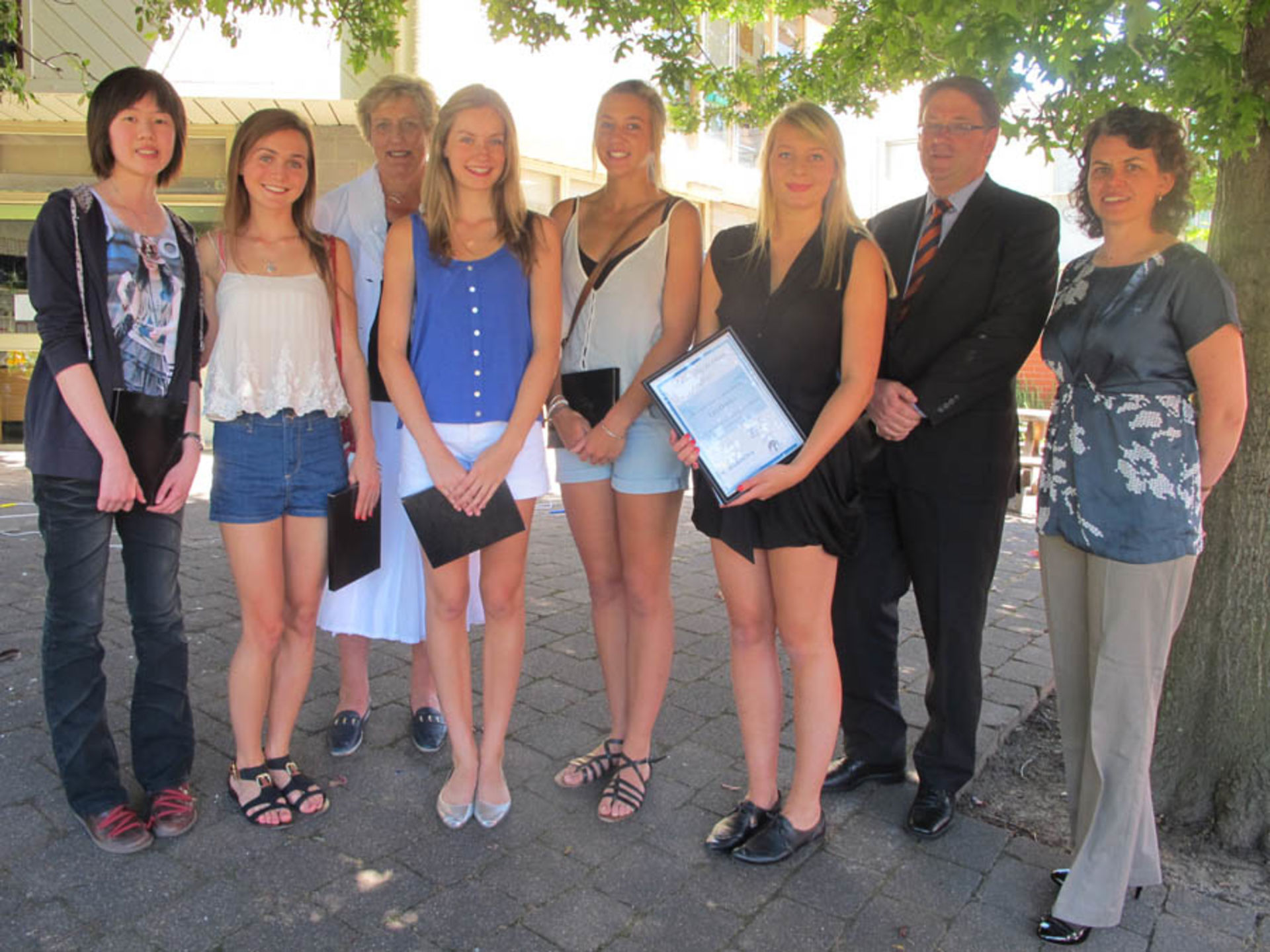 Seven 2010 graduates were invited back to Fahan today to be honoured for their outstanding academic achievements during their time at Fahan. Each of these girls received an ATAR over 95, placing them in the top 5% of Australian students.

Caitlin Daley, Emily Wilson, Rosie Downie, Lili Davies and April Tsang were able to attend the Principal’s Honours Assembly to be recognised for their outstanding achievements in their Tasmanian Certificate of Education (TCE) studies.

Dr Vicki Gardiner, the head of innovation at Hobart-based biotechnology company Marinova, also attended the Assembly to present the 2011 Marinova Science prize to an outstanding 2010 Fahan graduate who is continuing the study of science at a tertiary level.

This prize was first awarded in 2010 to Tamsin Hilliard and it will continue to be presented annually for the next five years to a Fahan girl pursuing tertiary studies in science.

This year’s recipient, Lili Davies, was also one of two Fahan girls to make it onto the list of the top 100 TCE scoring students in the State based on the 2010 results.

Principal, Tony Freeman, conveyed the feelings of the entire School when he said that he was incredibly proud of the achievements of these girls who contributed much to Fahan during their time at the School.

“I hope that the achievements of our most recent members of the Fahan Alumni will inspire our current students, even those who are in Year 7 because it will only be a few years until it is their turn to think about their future beyond Fahan,” Mr Freeman said.

“It gives me a great sense of pride to see how highly these students have achieved and we will be following their careers closely.”

Each graduate was presented with a commemorative, framed certificate and each shared their future goals with the 2011 students in Years 7 to 12.

Caitlin Daley, former Deputy Head Girl, told the Assembly that she has been accepted into a Bachelor of Science at UTAS and she plans to major in biochemistry.

Emily Wilson, former Deputy Head Girl, said she has been accepted into a Bachelor of Medicine at UTAS and she plans to travel with her degree when she graduates.

Rosie Downie, former Franklin Chair, has been accepted to study at UTAS and at the University of Queensland but she is deferring study for a year to travel abroad and says she may even apply for a few other courses before she makes her final decision.

Lili Davies has been accepted into a Bachelor of Medicine at UTAS and plans to continue her study into medical research or neurology when she graduates.

April Tsang has been accepted by the University of Sydney to study molecular biology and genetics.

The two students who were unable to attend the assembly were Jenny Jiang who is undertaking an Accounting degree with the aim of becoming an Actuary and Alice Gregor who has already moved to Canberra where she has been accepted into a Bachelor of Arts/Fine Arts at ANU.

Based on the outstanding carry over scores of current Year 12 students, next year should see an equally impressive array of talent at the Honours Assembly.

Congratulations to all 2010, Year 12 students and the School would like to wish them the best of luck in their future endeavours. 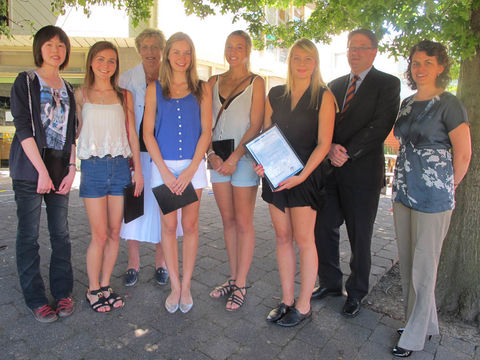 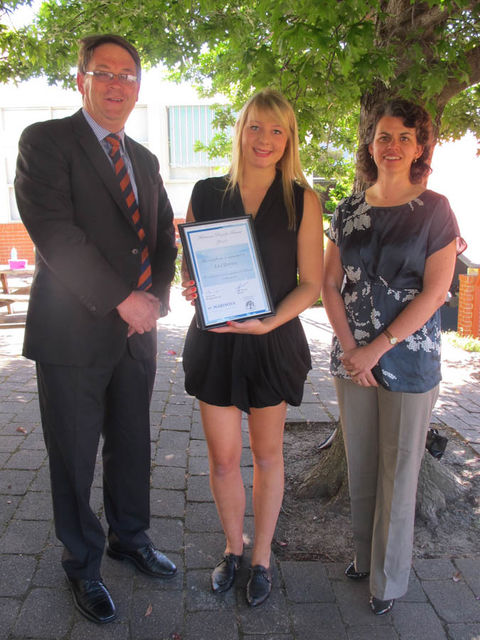 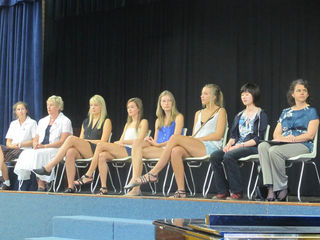 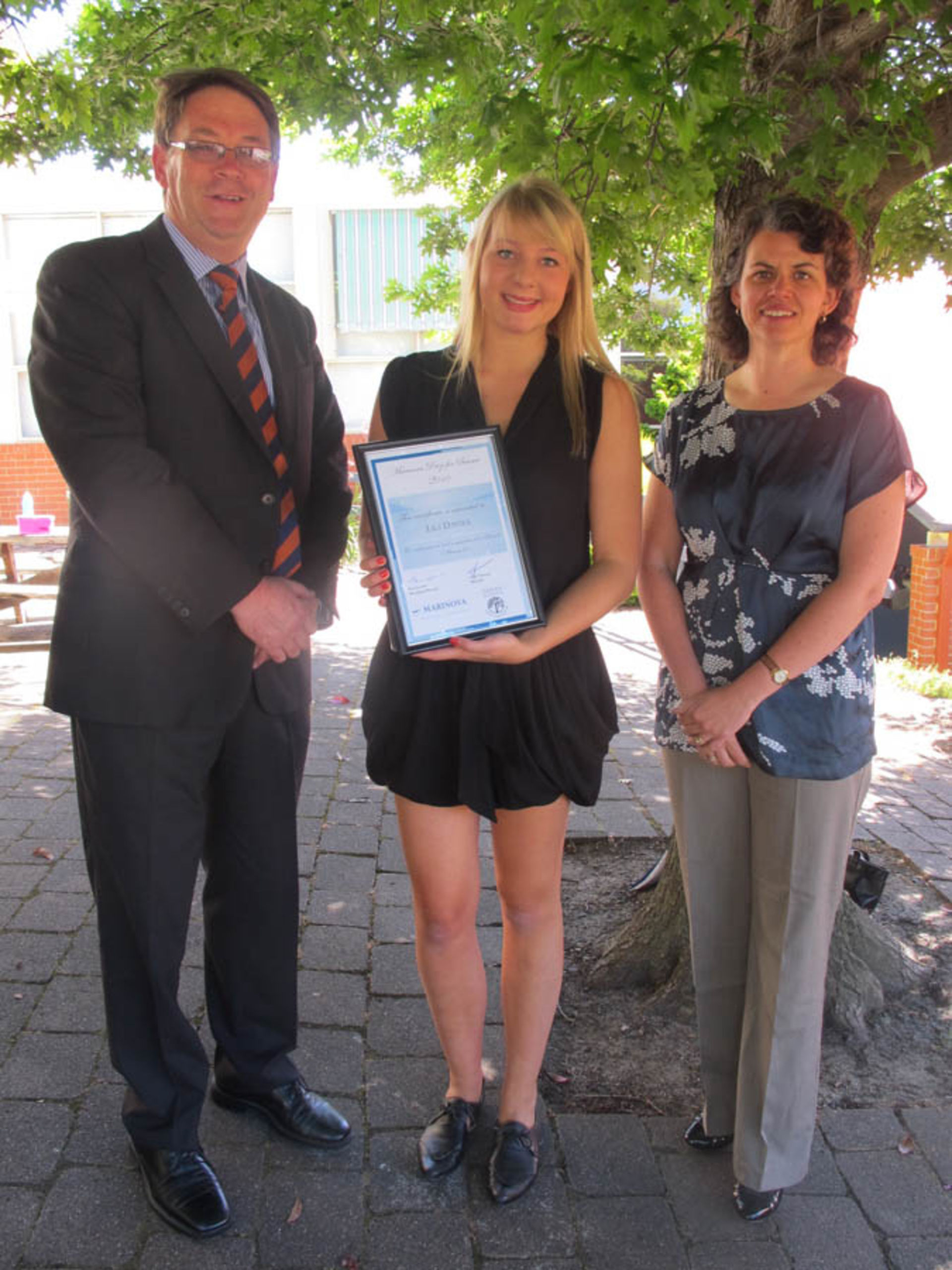 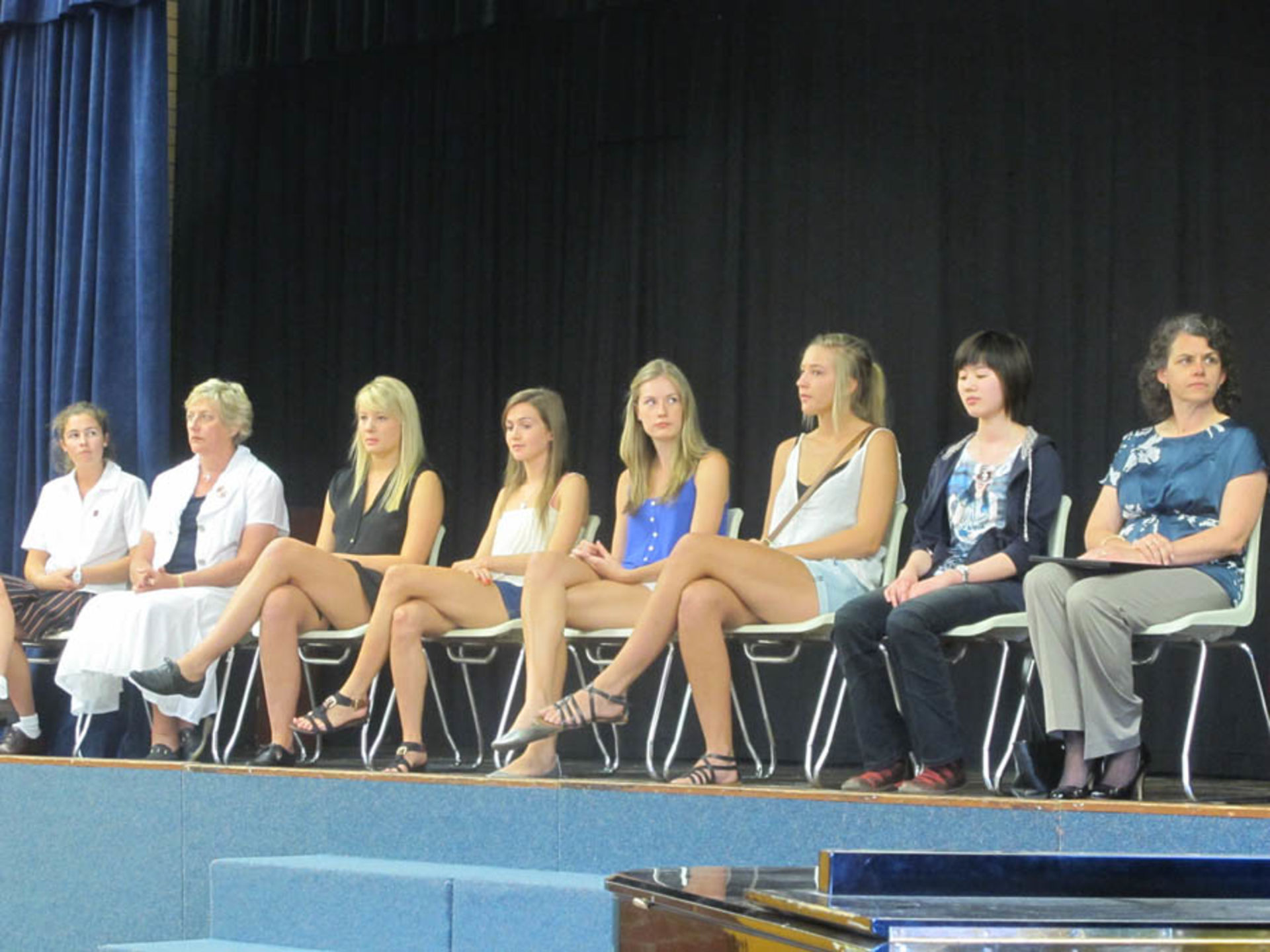