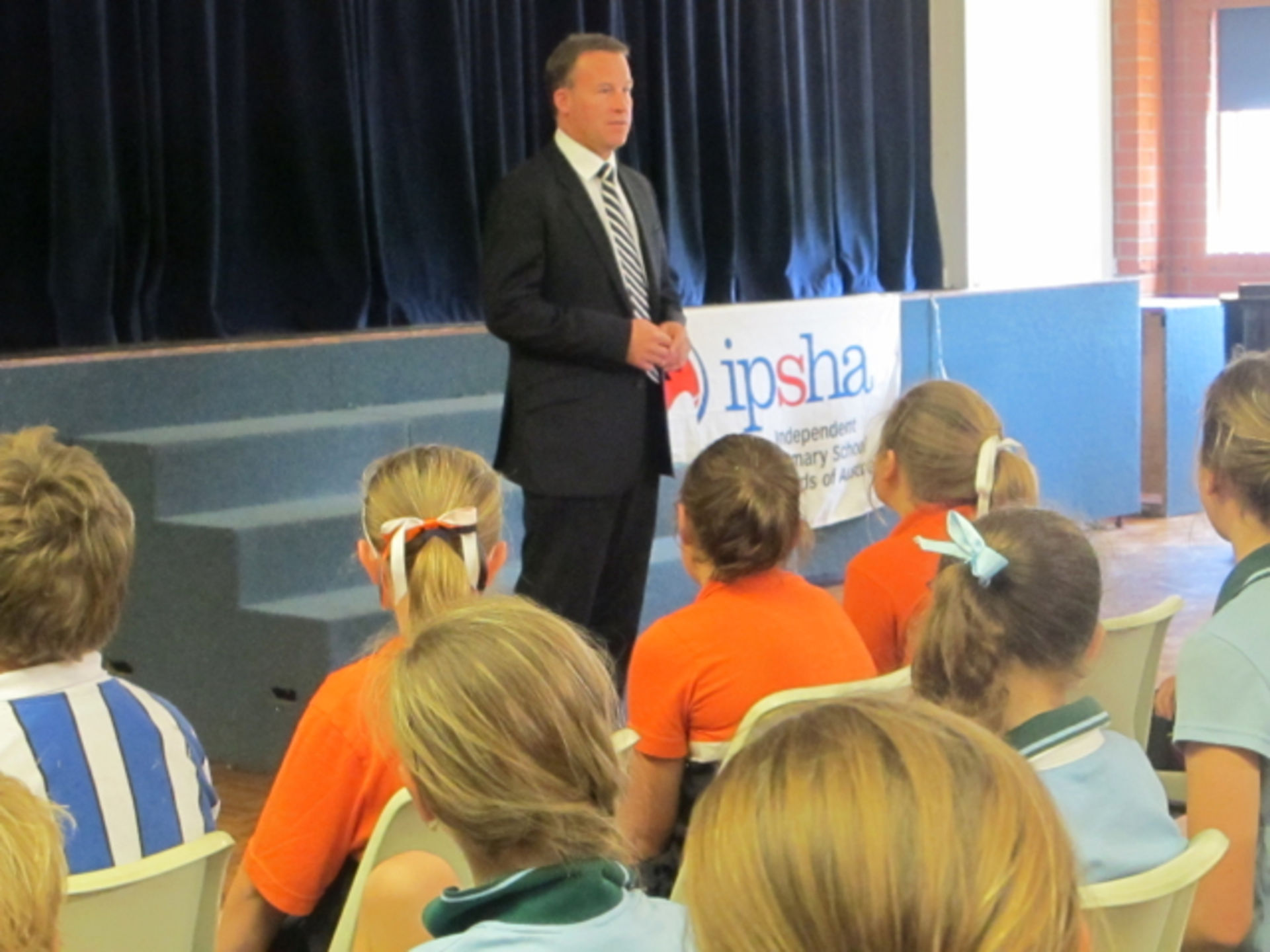 State Opposition Leader, Will Hodgman may have had a torrid time in Parliament on Wednesday but he faced some tough questions from the Year 6 student leaders at the 2012 Independent Primary School Heads of Australia (IPSHA) Leadership Day.

The event was held at Fahan School's Sandy Bay campus on Wednesday 14 March 2012 and brought together more than one hundred Year 6 students from the eleven member schools.

Fahan School Principal, Mr Tony Freeman, opened the event, welcoming the students and giving them a brief run down on the history of Fahan School. "Fahan was started back in 1935 by two women who had a vision for girls to receive quality education and to have the same leadership opportunities as their male counterparts," said Mr Freeman of Miss Isobel Travers and Miss Audrey Morphett, the School's founders.

Mr Freeman went on to explain to the students that leadership was about far more than popularity or wearing a badge. "Leaders should be motivated by a desire to serve, to help others be improved, inspired and directed. They should help others to feel good about themselves. Leadership is not always easy. In fact, it's sometimes hard to do the right thing. I encourage each of you to use this opportunity to make connections for life."

The students participated in a number of workshops throughout the morning on effective leadership, team building and communication skills before reconvening in the Travers Morphett Hall for a speech by the Honourable Will Hodgman MP, Leader of the Opposition.

Mr Hodgman said visiting Fahan School was something of a homecoming for him, as his family had a long association with the school. "My grandmother and mother were past students of Fahan and my father attended Kinder here. During my matric, I did a number of subjects at Fahan, including appearing in Mary Poppins as part of my drama studies."

Mr Hodgman went on to speak about the importance of education for the future of Tasmania and how quality teachers brought out the best in their students.

"My message to you today is to challenge yourself in education. It's never too early to start thinking about the future. Education should be life-long. We should all learn something new every day."

The floor was then opened for the Year 6 students to ask Mr Hodgman some questions.

There were the usual questions: "What football team do you barrack for? Have you always barracked for them? Which team would you follow if you didn't barrack for them?" Mr Hodgman remained true to his beloved Geelong despite pressure from the students.

But there were also a number of excellent questions.

In answering what leadership meant to him, Mr Hodgman mirrored Mr Freeman's earlier comments in stating "real leadership isn't abou title. It's about stepping up and encouraging people to do better; encouraging them to do the right thing. It's about putting your hand up and doing what is needed."

To the question of why he wanted to become a politician, Mr Hodgman spoke about role models and how he was influenced to enter politics by his father, grandfather and uncle, who were all politicians. "I saw how politicians could be a positive influence in the community and I wanted to be a part of that."

The questions then started to come thick and fast, as the students gained confidence: "What would you change about Tasmania? What is the biggest challenge you face as a politician? Were you a leader while at school? What's it like to read negative things about yourself in the media? What is your biggest challenge? Are you a Christian? What are your goals in life? And - perhaps the best one of the day - have you ever cracked a tanty (sic) in Parliament?"

The student leaders had obviously taken hold of the lessons they had learned earlier in the day and were putting them into practice.

They exhibited wisdom far beyond their years in their thought-provoking questions and confidence in their ability to put the hard word on one of our politicians.

Who knows? In a few years time, perhaps one of them will be standing before a group of students as the Leader of the Opposition - or even better, as Premier of Tasmania. 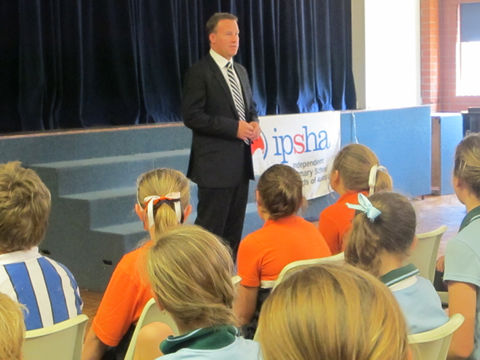 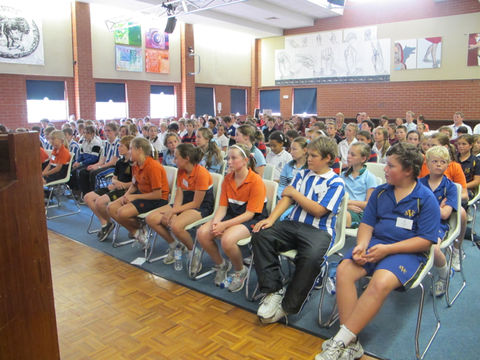 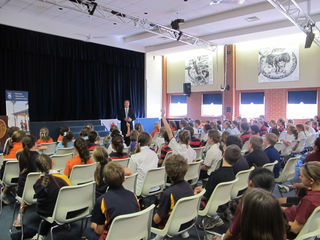 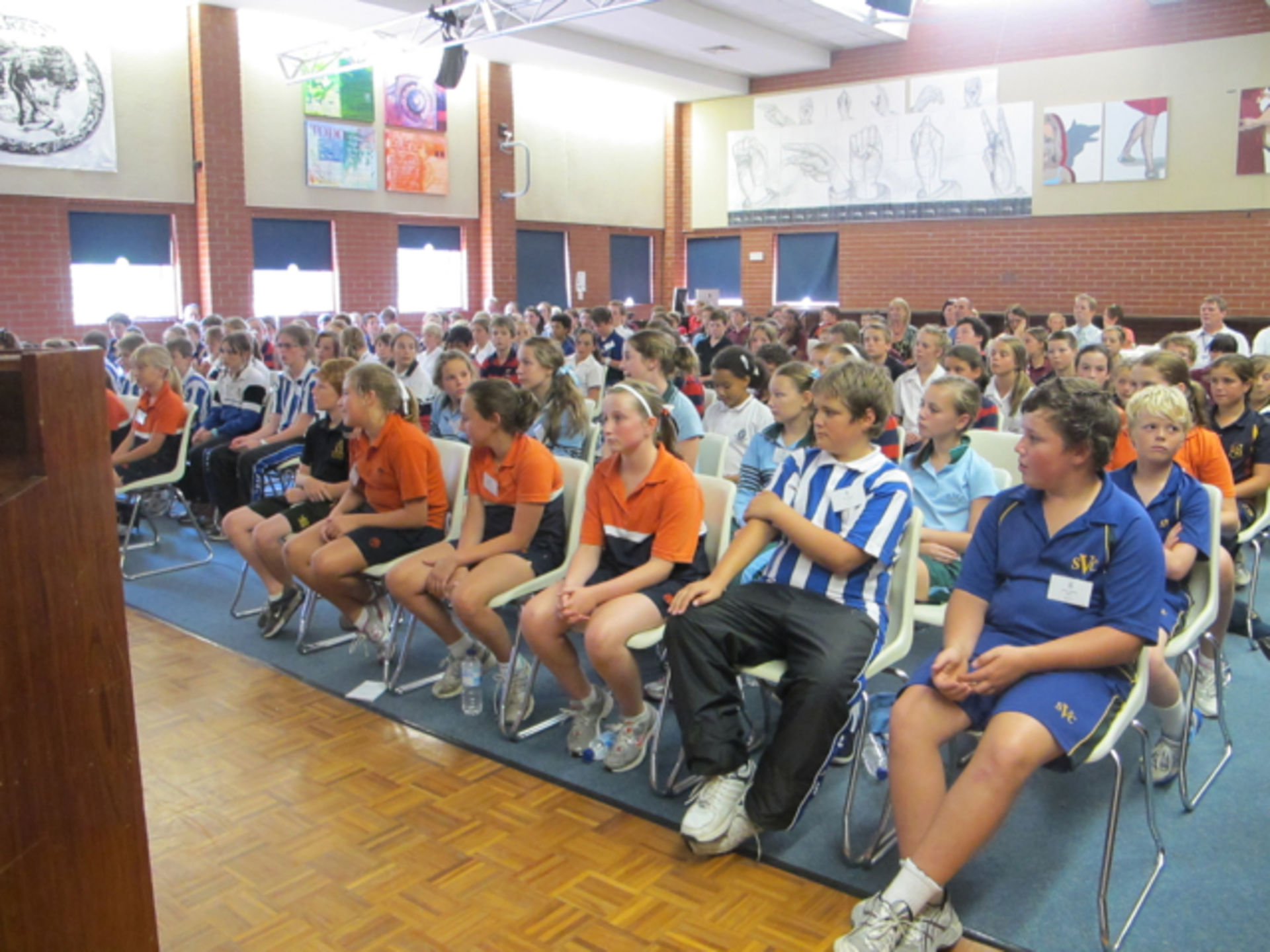 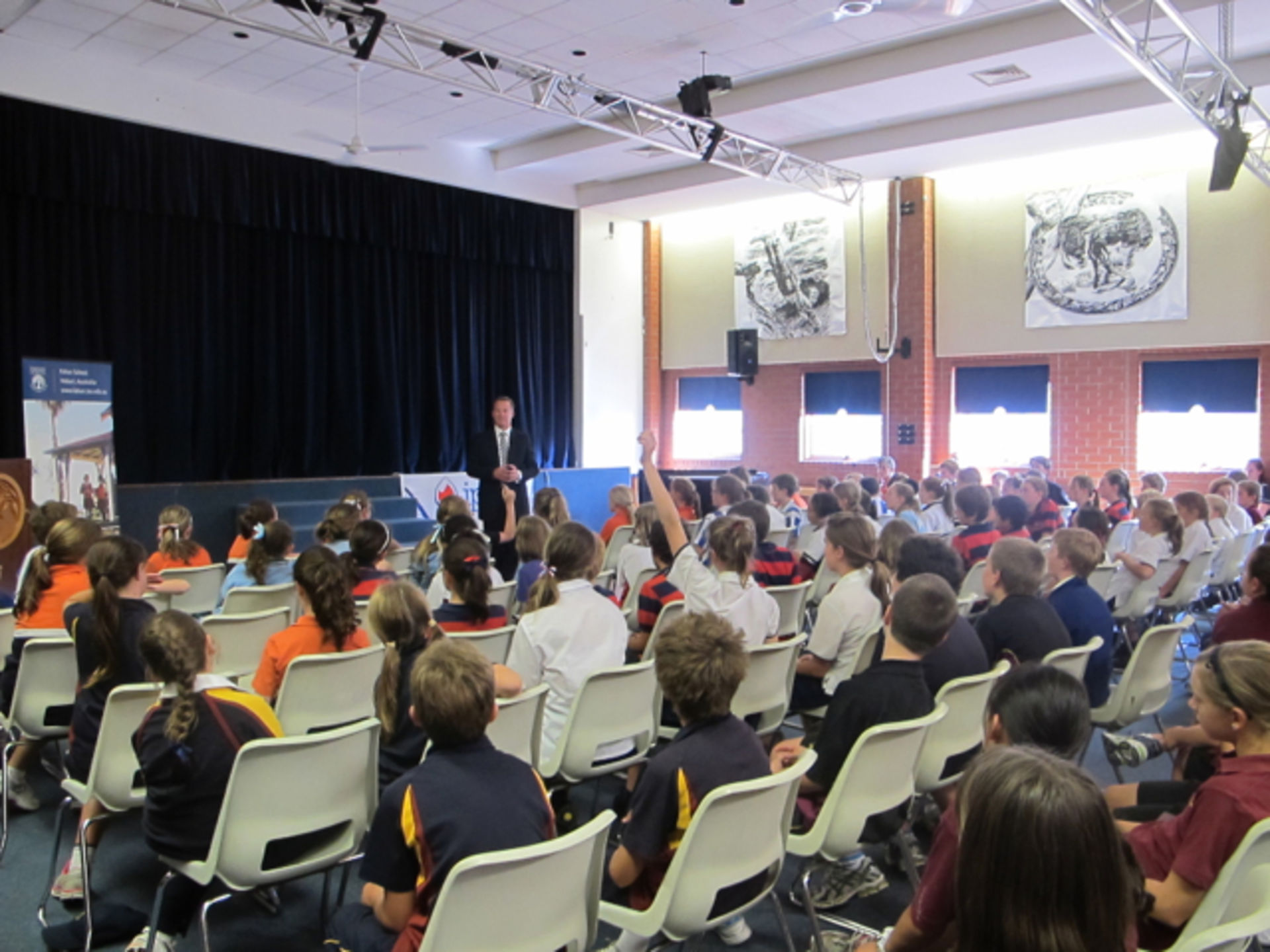