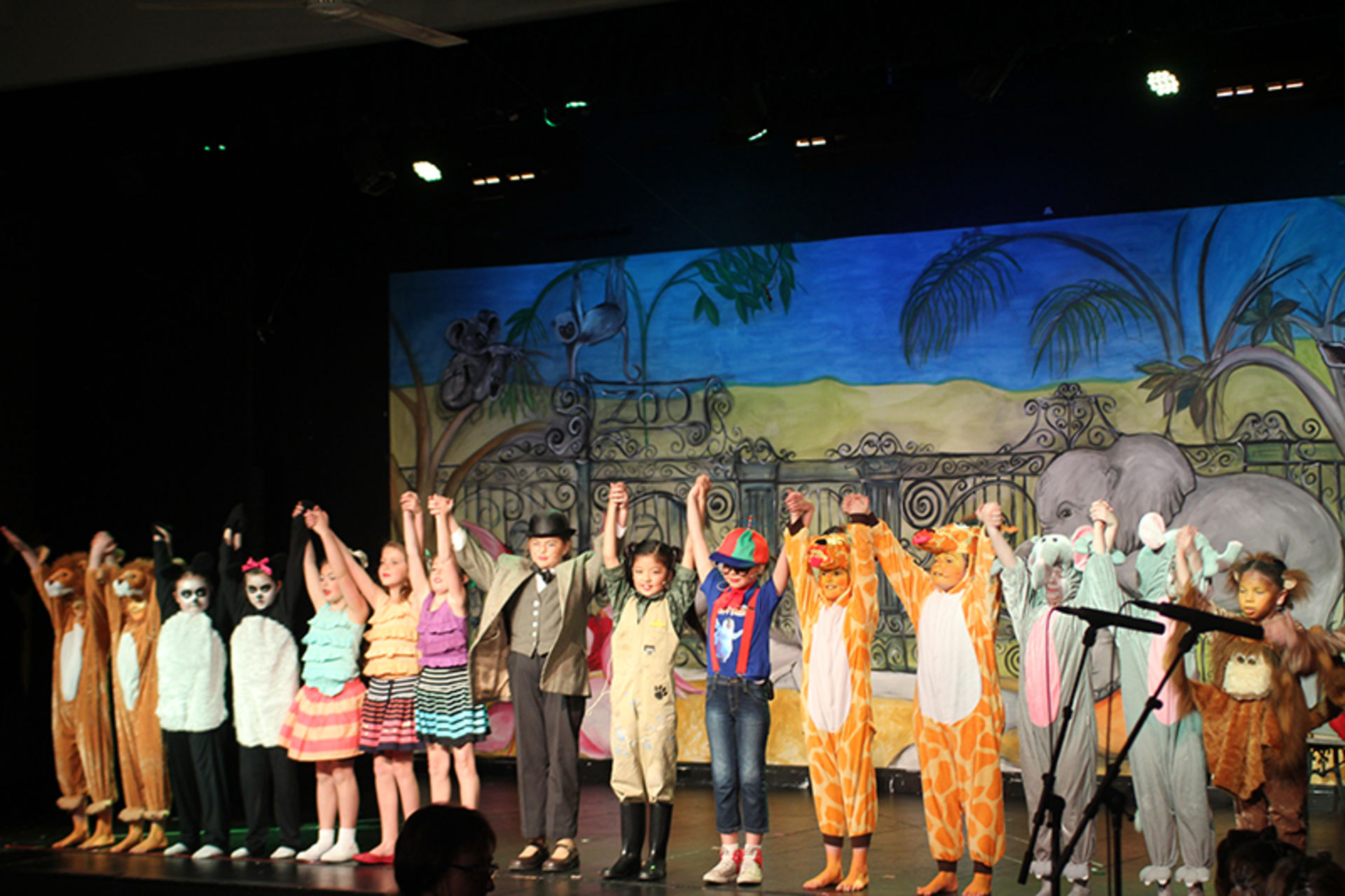 Congratulations to the Junior School students and their wonderful performances in Wackadoo Zoo.

The story is about a zoo where the animals are not as they seem to be. The monkeys crow, the lions meow, the elephants oink like pigs and the bears chirp. Bindi, the zookeeper, seeks the help from Professor Felix Poopenshtock and his offsider, Eugene, to see if they can help the animals in her zoo make the correct sounds. The scientific meddling proves difficult and the girls who visit the zoo exclaim that they like the fact that the zoo animals are different and this is why they like visiting Wackadoo Zoo. The professor is sent away and Bindi and her animals at the zoo live on happily being a little different.

The Year 2 girls filled the major roles.  Harriet Badenach and Grace Campbell were the giraffe narrators. Grace Finkelde was Bindi, the zookeeper.  Molly Bradfield  played the part of Professor Felix Poopenshtock and Charlotte Jones was Eugene, his assistant.  Millie Lindell, Sienna Watchorn and Grace Meyers were Daisy, Jessie and Violet, three visitors to the zoo.  Alice Richardson and Esme Trambas were the Monkeys.  Zoe Logan and Lilly Evans-Gregg were the Elephants. Holly Radburn and Brianna Watchorn were the Panda Bears while Airlie Pyke and Zoe Talbot took on roles as the lions.

Each member of the Prep class was a mermaid, the Kinders were leopards, lions and tigers, Year 1 students were penguins and the Year 3 and Year 4 girls sang in the choir.

The Wackadoo Zoo performance was fantastic, well done to everyone involved in making the production such a success. 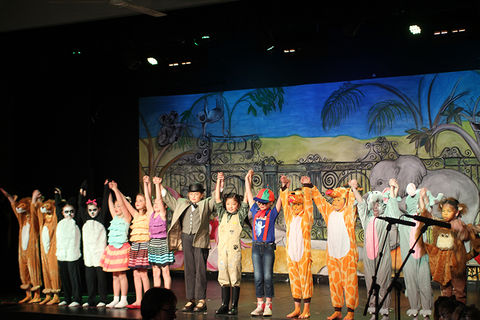 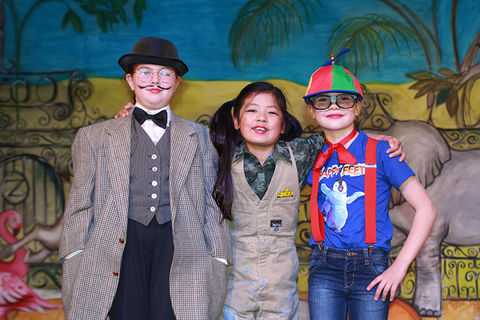 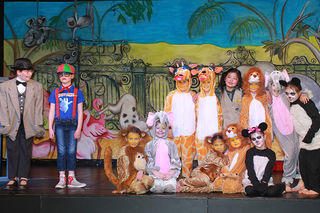 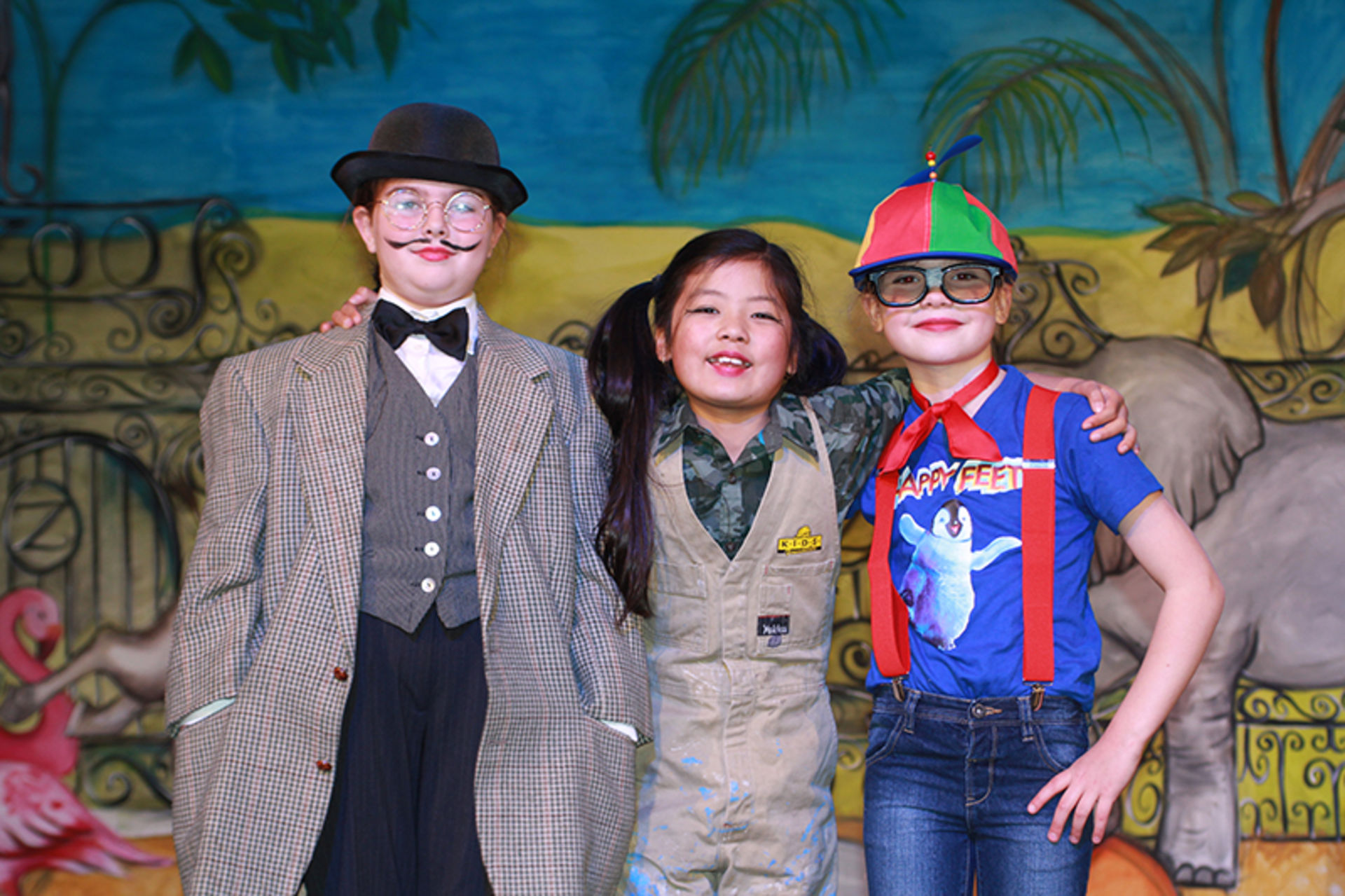 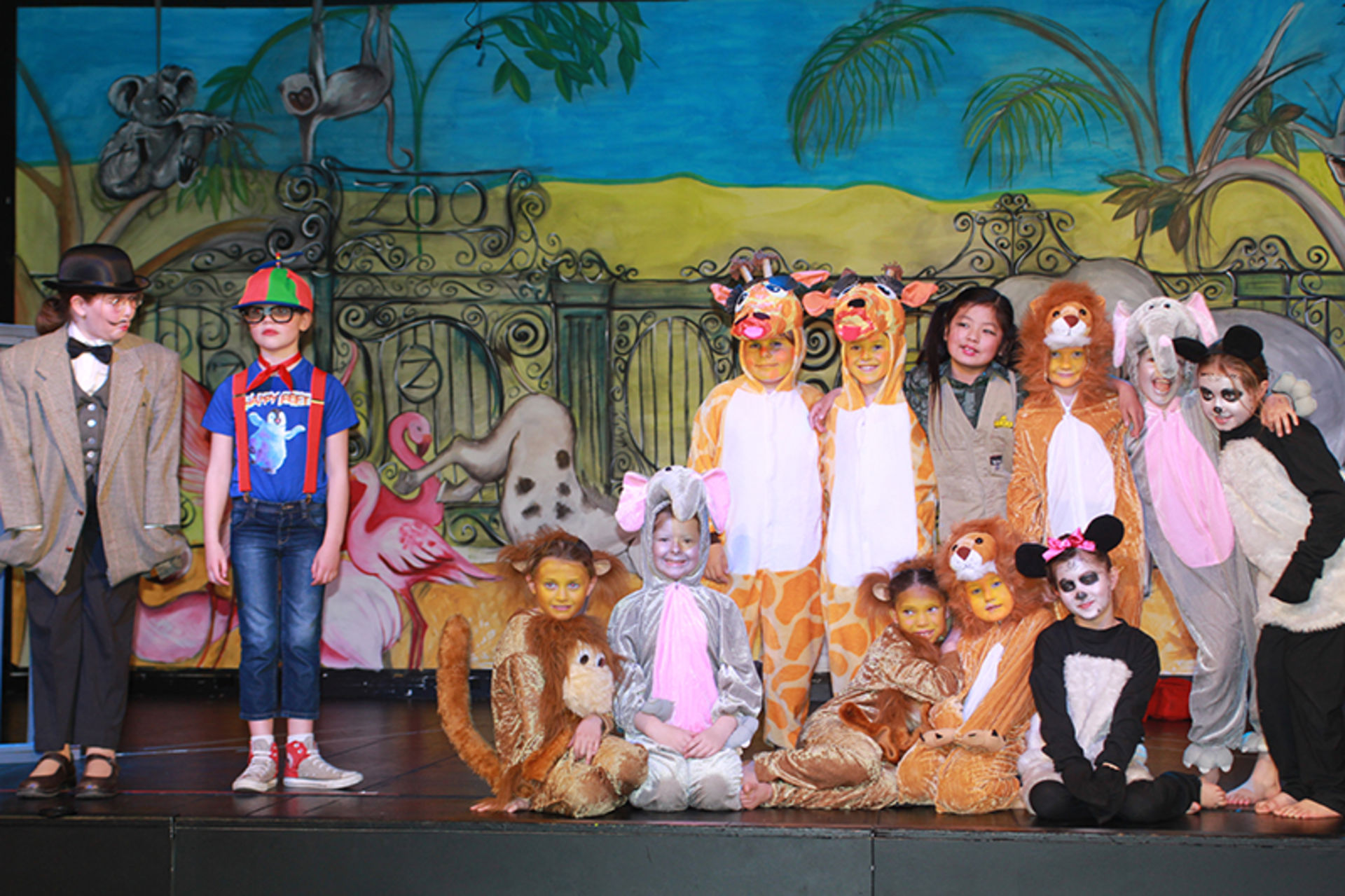