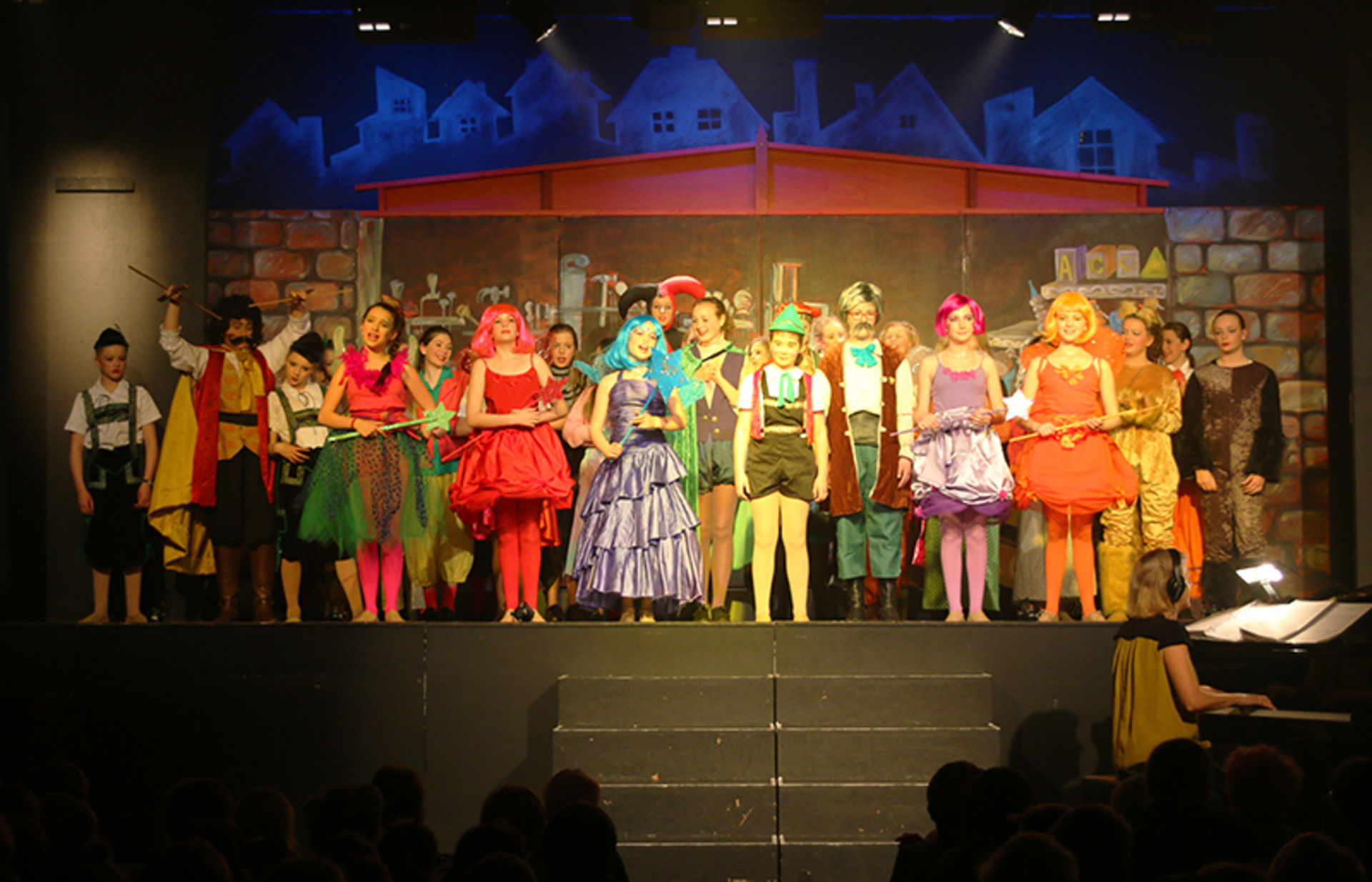 The Junior School girls have worked tirelessly during Term 3 to perfect songs, lines and dance routines for their Musical, My Son Pinocchio JR. The Musical explores a classic tale from a new and unexpected point of view. It all starts when Geppetto wishes upon a star.

Congratulations to all the students and staff involved who made My Son Pinocchio JR a wonderful performance that was enjoyed by all.

The girls performed four shows from Tuesday 9 to Wednesday 10 September and a large number of visiting students enjoyed the Musical, including students from The Hutchins School and Princes Street Primary, who attended the matinees. Both evening performances were thoroughly enjoyed by parents, staff and family friends.

The Year 6 girls filled the major roles with support from the Year 5 girls. The Chorus was comprised mainly of girls from Years 3 and 4 while a number of girls from Years 7 and 8 also added their talents.   Producer and Musical Director, Annie Tremayne, Production Director and Stage Manager, Jane Hamilton-Foster and Choreographer, Jo Bigg led a production team of Fahan School staff and students.  A dedicated group of students controlled the smooth running of the show as part of the Production Crew under the direction of Technical Director, William Lelong.

“Pinocchio was a fantastic musical. We all had a lot of fun during rehearsals as well as the performances. Thanks to everyone who helped make it a great experience,” said Seaenah.

“Keep hoping because someday you too may be a real boy!” said Katie K.

“Your nose won’t grow if you say that you loved watching it,” said Harriet R.

“I haven’t been part of a big musical before and I really enjoyed being part of the Junior School production My Son Pinocchio JR. I am very grateful to all the teachers who put such a lot of effort into the Musical. I really enjoyed playing the part of Professor Buonragazzo,” said Phoebe F.

“I enjoyed performing in My Son Pinocchio JR. I played the role of a Horse and a Town Father. My favourite song in the Musical was ‘Empty Heart’,” said Ruby A.

“My Son Pinocchio JR was a terrific production and everyone gave 100 percent!” said Rose.

A special thank you to all the members of the Fahan Community for their help in staging this production of My Son Pinocchio JR. With special thanks to the parents and grandparents of the Junior School.