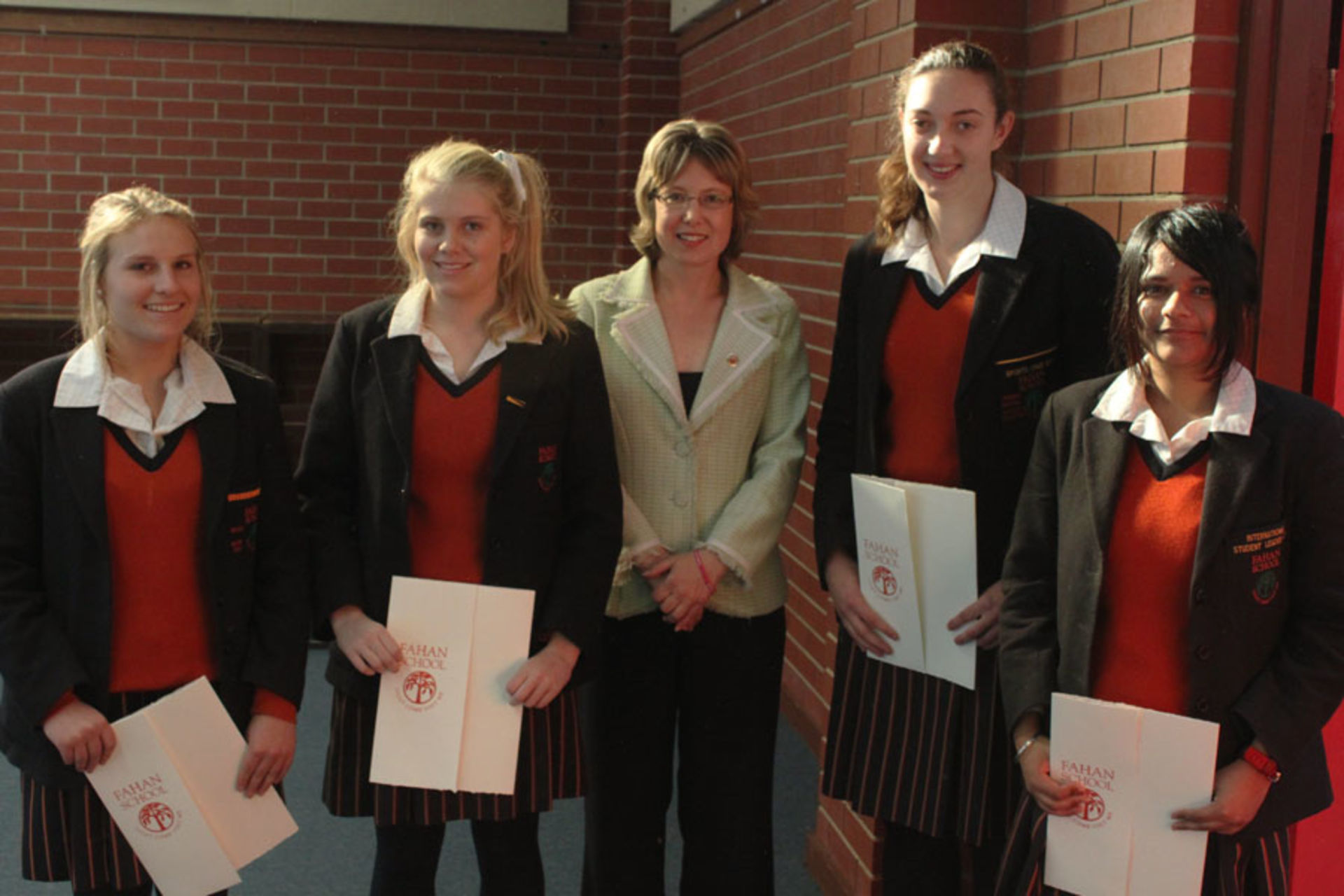 Vanessa Goodwin, Shadow Attorney-General and Shadow Minister for Corrections, visited Fahan as the guest speaker at the Principal's Assembly on Tuesday 10 May where she also presented Pockets of Excellence to four Year 12 students.

Vanessa spoke to students in Years 7 - 12 about her career trajectory, from starting out as a lawyer and then being encouraged by Sir Guy Green to pursue studies in Criminology.

This led her to Cambridge University in the United Kingdom and then to a PhD at the University of Tasmania.

Vanessa then traced her path into politics, at which she persevered after two defeats in her first attempts.

Vanessa's message to the girls was that you can follow your dream even if you do not succeed straight away.

Congratulations to these four Year 12 students on their success last year, we are sure to see some outstanding results from these girls when they finish their Tasmanian Certificate of Education studies this year.

Pockets of Excellence are awarded under strict criteria for performance in Year 11.

Our current Year 11 students are already working towards their own levels of excellence and we are sure to be awarding several more Pockets in 2012. 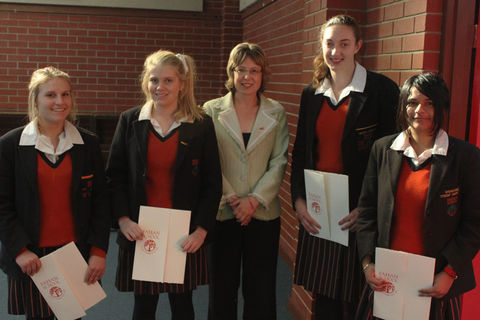 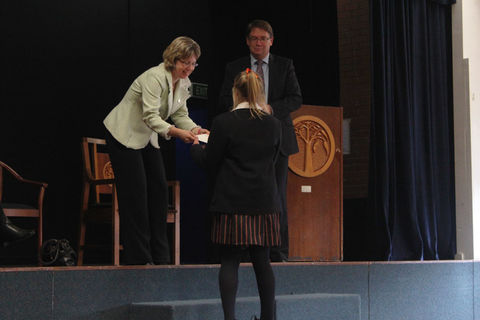 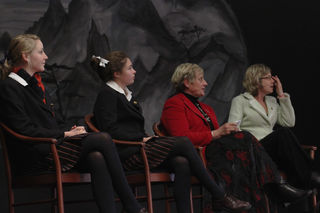 1/3 Goodwin Pockets of Excellence May_1 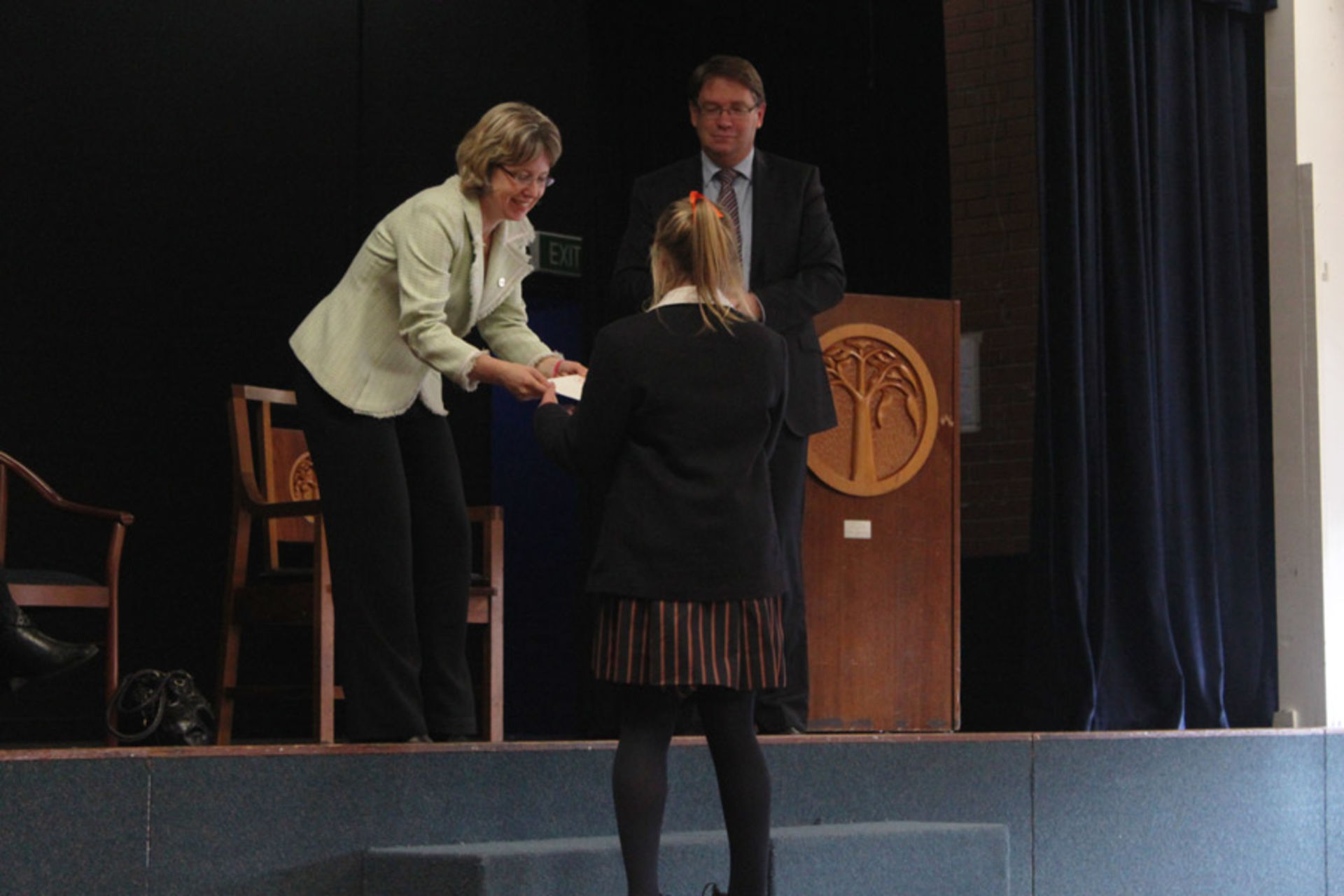 2/3 Goodwin Pockets of Excellence May_2 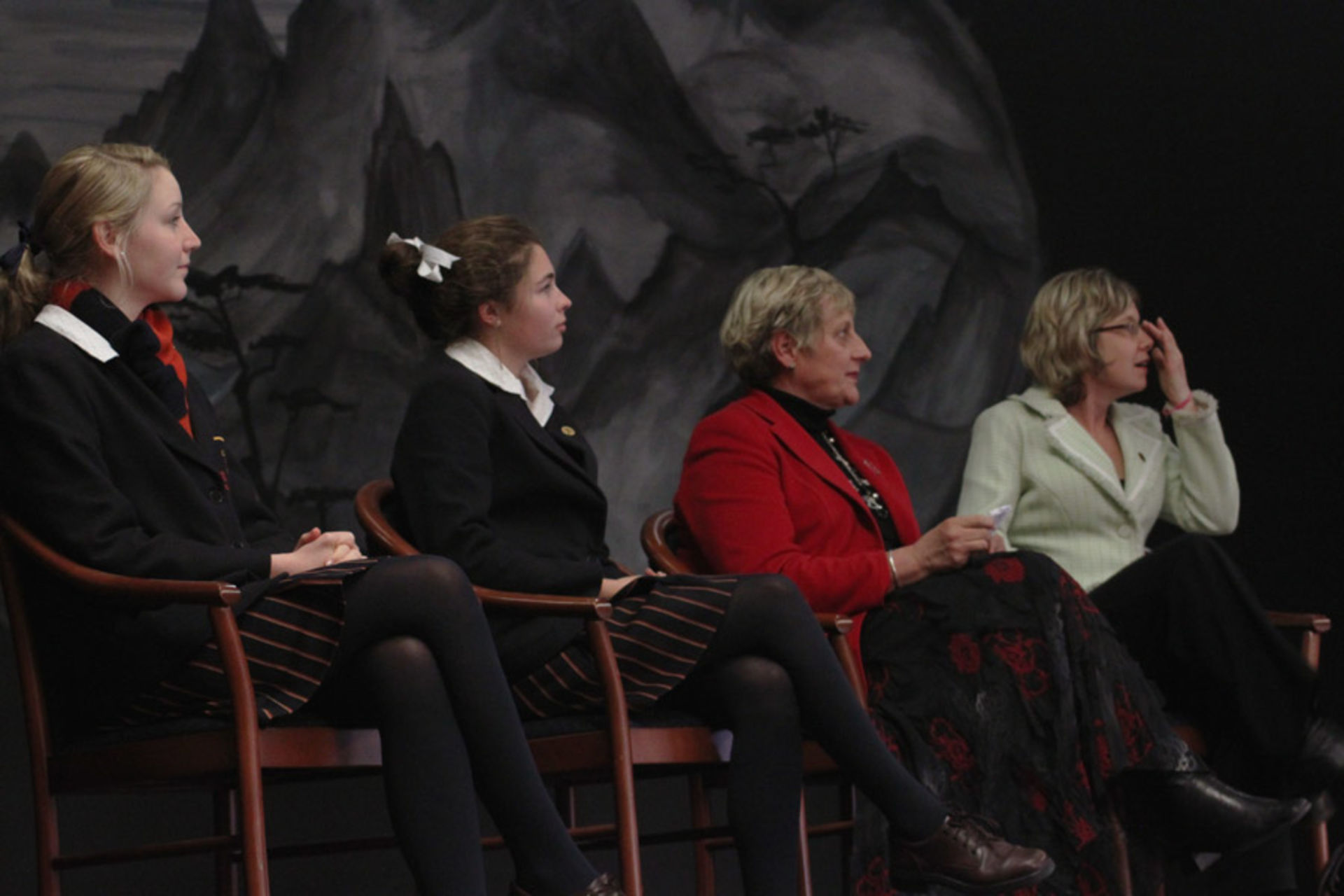 3/3 Goodwin Pockets of Excellence May_3
close