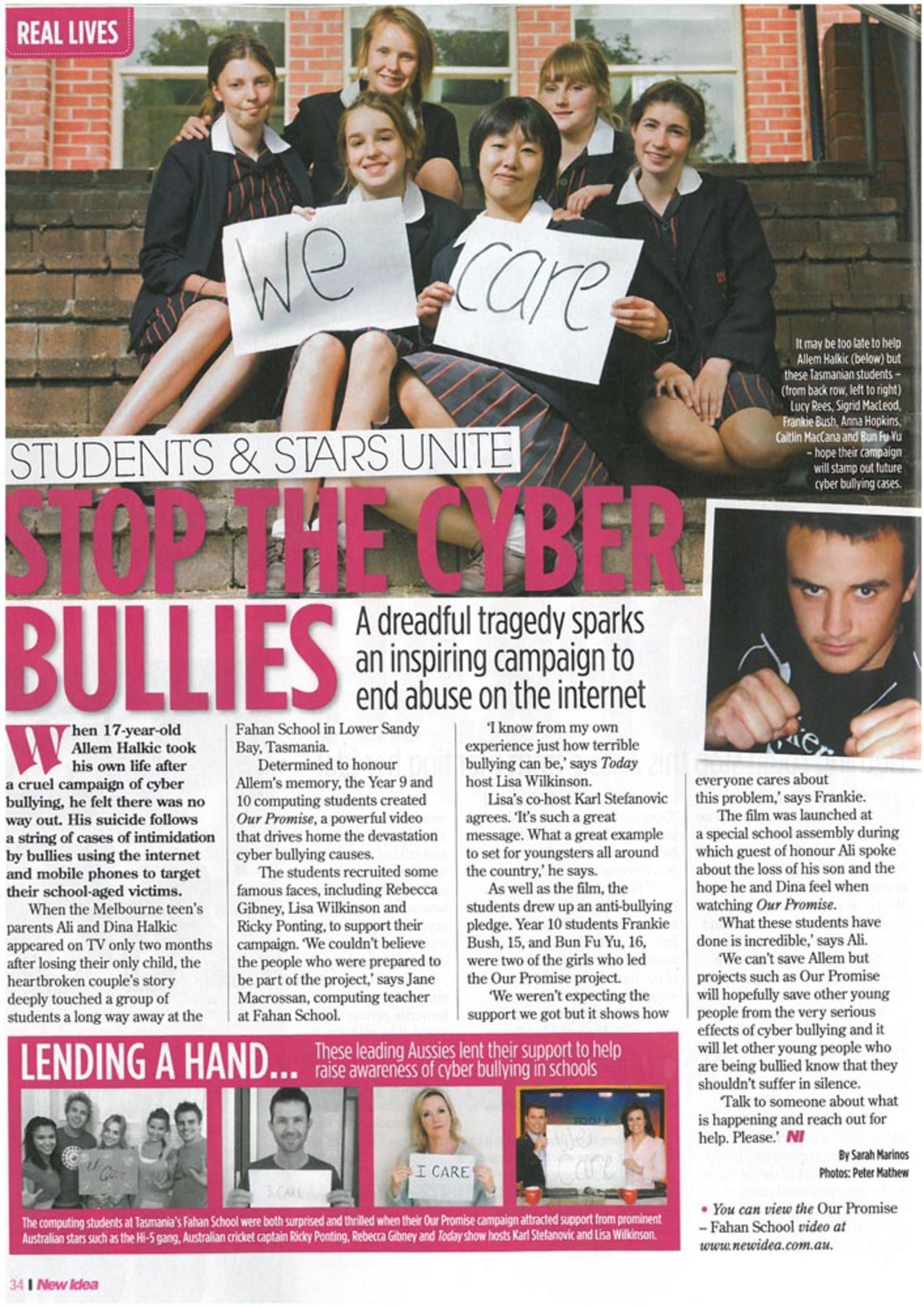 The Our Promise Story In New Idea Magazine

The inspirational Our Promise story, a campaign to help in the fight against cyberbullying, has attracted the attention of the national media with a story on page 34 of this week's edition of New Idea magazine.

During Term Two in 2010, the Year 9 and 10 Computing Class created the Our Promise film clip, enlisting the help of their peers and well-known Australian identities, to show people that help is out there and that you do not need to suffer in silence if you are the victim of cyberbullying.

The video was submitted as an entry in to the Tasmanian Crime Stoppers 2010 Youth Challenge where it won the Upper Secondary category.

Tasmanian Police Commissioner, Darren Hine, congratulated the girls on their win and said that watching the film clip was still an emotional experience for him.

"I'm still getting over seeing it ... breathtaking and well done to the girls," Mr Hine said.

The girls decided to focus their attention on the issue because it was a relevant topic for them and their peers and also because they had heard the tragic story of teenager Allem Halkic who took his own life after being cyberbullied.

The students contacted Allem's parents, Ali and Dina, who were touched by what they were doing and agreed to help in any way that they could. Ali even attended the Fahan School launch of the Our Promise campaign and spoke to students and parents about the serious effect cyberbullying can have.

The fact that the girls' story has captured the attention of a national magazine like New Idea just goes to show that the campaign is having the desired effect and generating interest and discussion around the topic so that, hopefully, cyberbullying issues will not escalate to the point where it is too late to seek help.