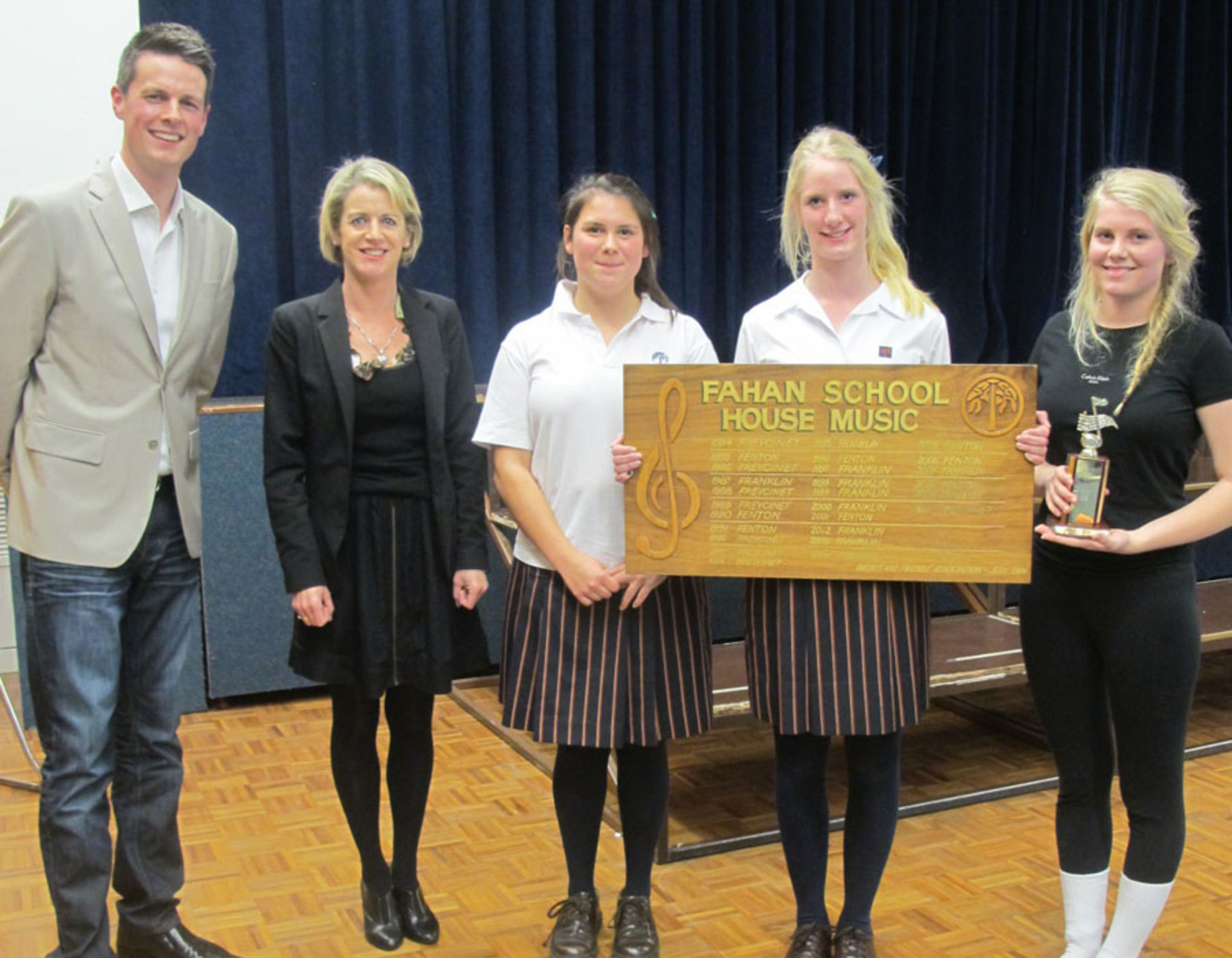 After several weeks of preparation, the 2011 House Music competition was held on Monday 23 May and was a huge success with Freycinet winning the choral performance and Fenton the ensemble.

Fahan’s guest adjudicator, Christopher Richardson, a Hutchins old boy and also one of Australia’s leading, up-and-coming bass baritones, had the difficult task of selecting the winner from the outstanding performances.

This year, each house was required to perform a song from a musical as a whole house choir and also an ensemble piece of their choosing – no mean feat.

Franklin House opened the competition and invited the audience to “Come feed the birds” as they performed a Mary Poppins medley.

Up next, Freycinet House gave an innovative rendition of Arthur Freed’s Singin’ in the Rain, which earned them first place in the competition.

Fenton House performed a beautiful version of He Lives in Me from the musical production of The Lion King and also welcomed a very special guest to help them perform – Simba (aka Mollie Campbell)!

After the choral pieces the three houses each performed an ensemble song.

Led by Connor, the Franklin ensemble performed a very unique version of Outkast’s Hey Ya.

The Freycinet ensemble were up next and Grace and her group performed a poignant version of John Lennon’s Imagine.

Last but not least, the Fenton ensemble, led by Courtney, performed an outstanding version of Mr Brightside by The Killers, which earned them the trophy for best ensemble piece.

Thank you to Mrs Annie Tremayne for her work with House Music in 2011, a special thank you to Christopher for giving his time to adjudicate and to all those staff members who helped the girls to prepare.

Everyone is already looking forward to the 2012 competition and best of luck to all of the houses for the remaining house competitions in 2011. 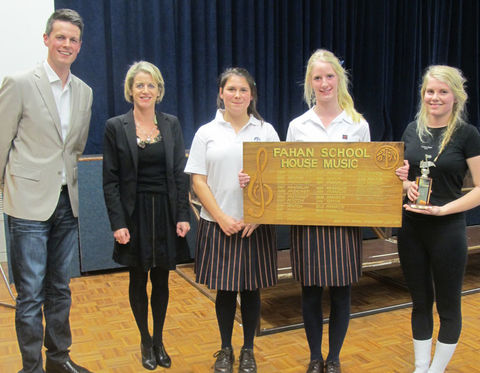 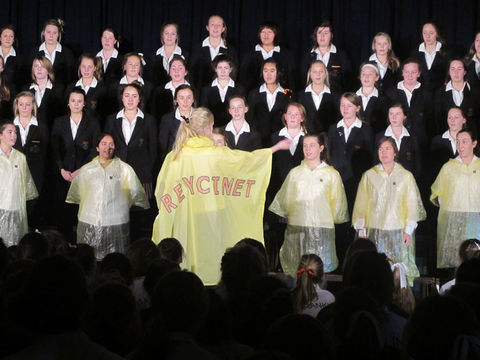 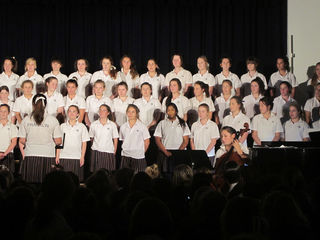 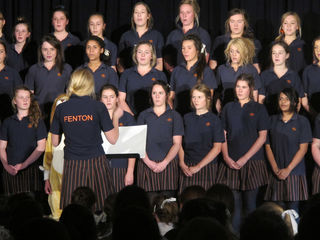 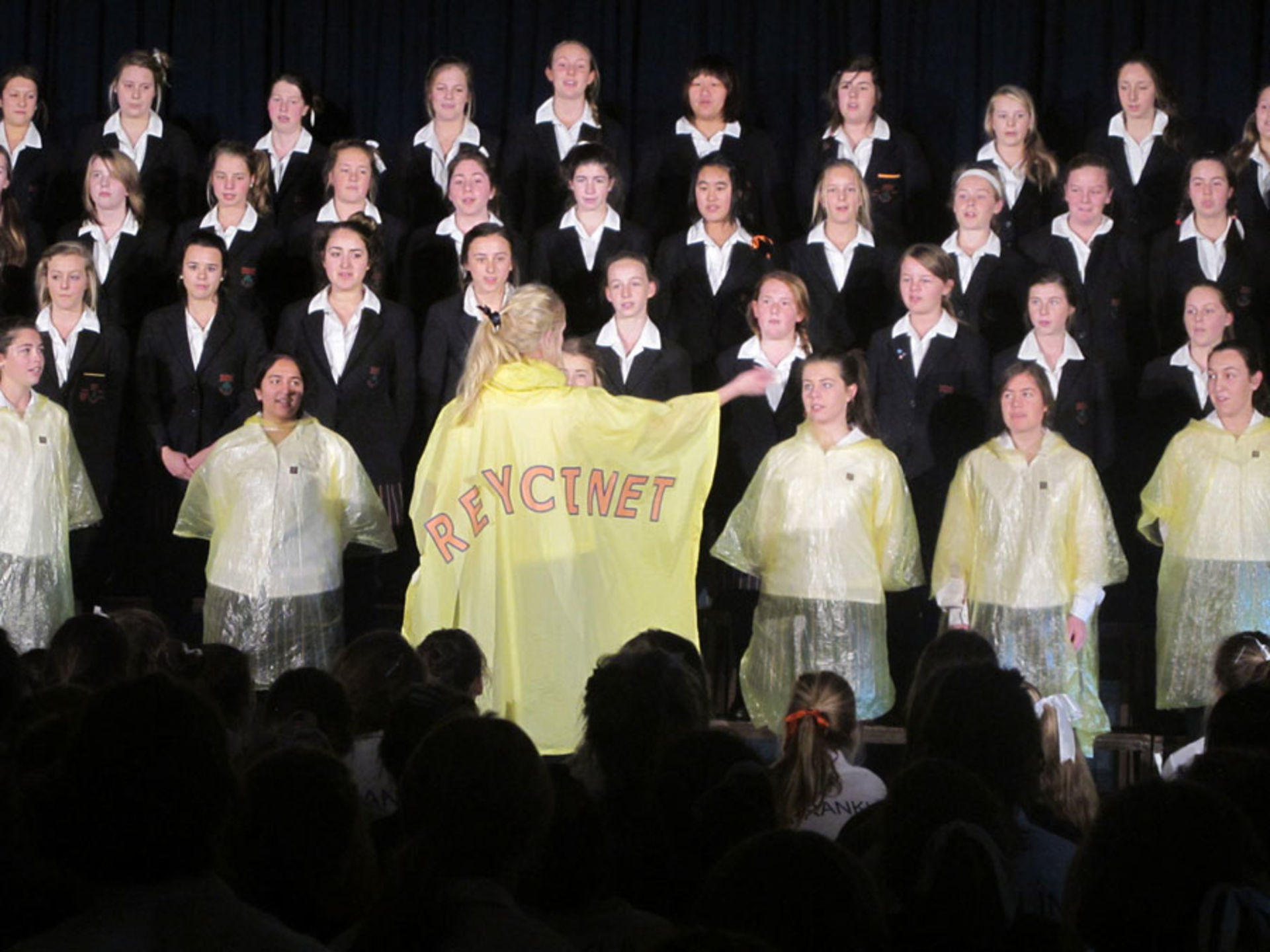 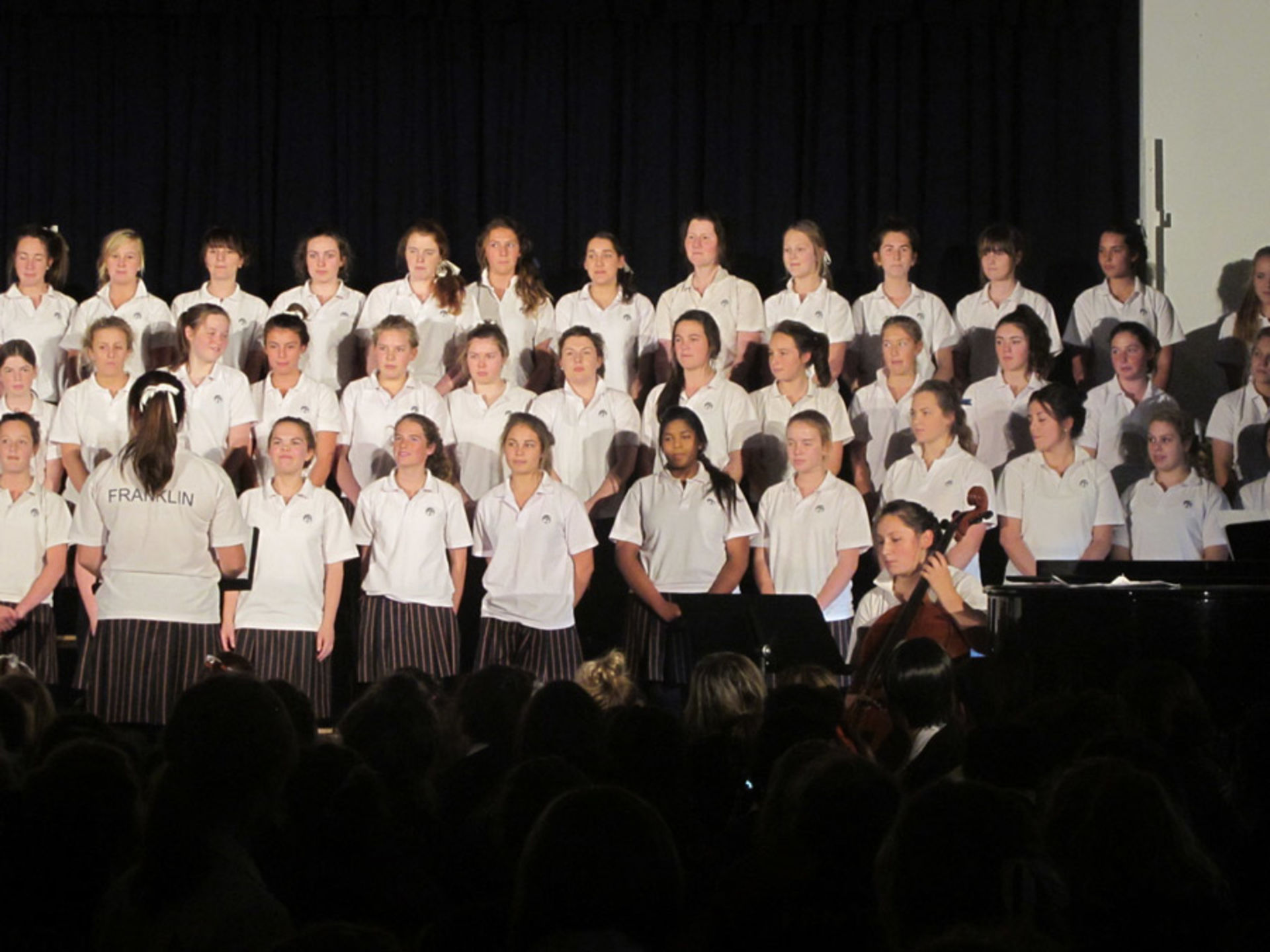 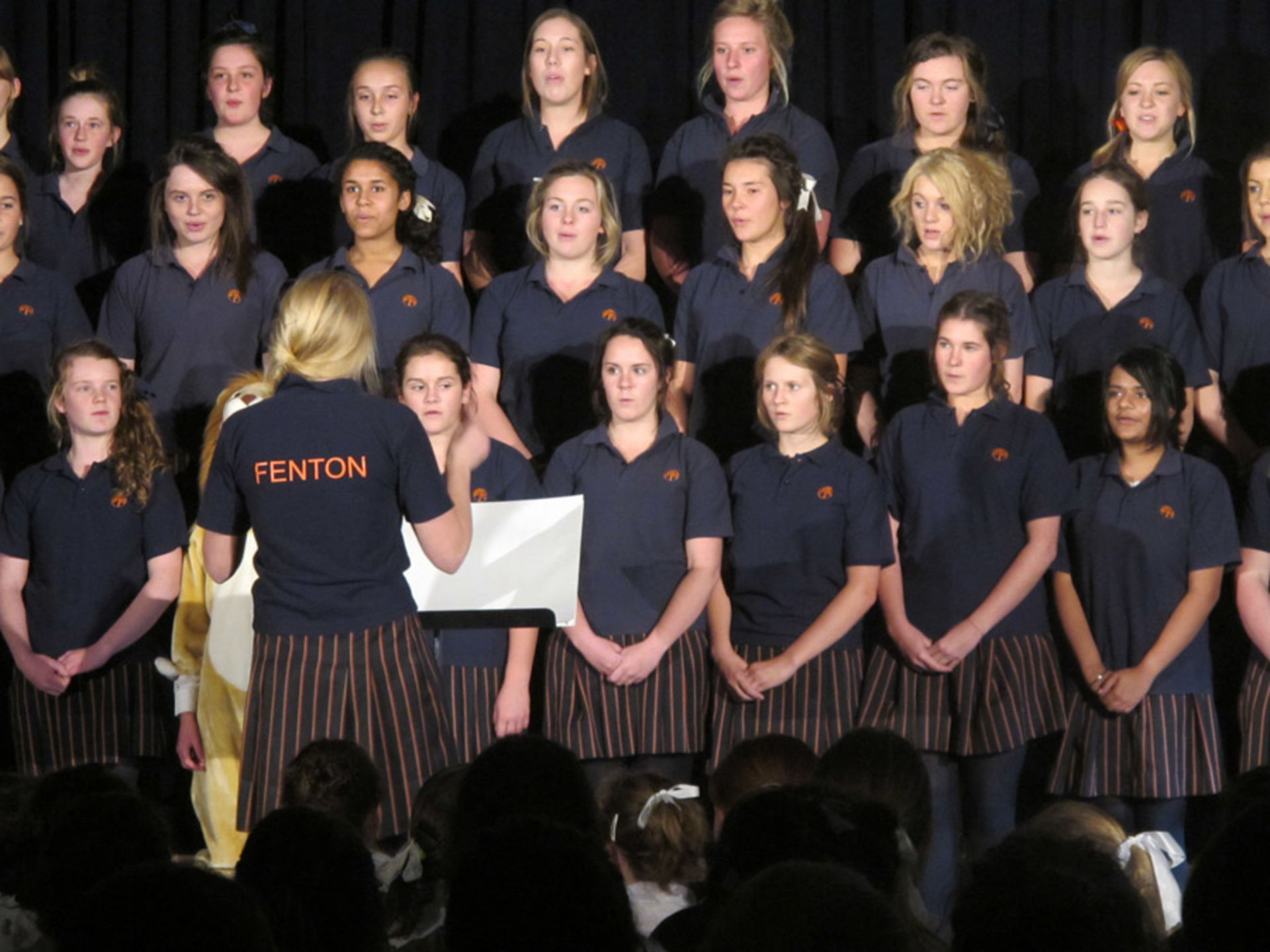