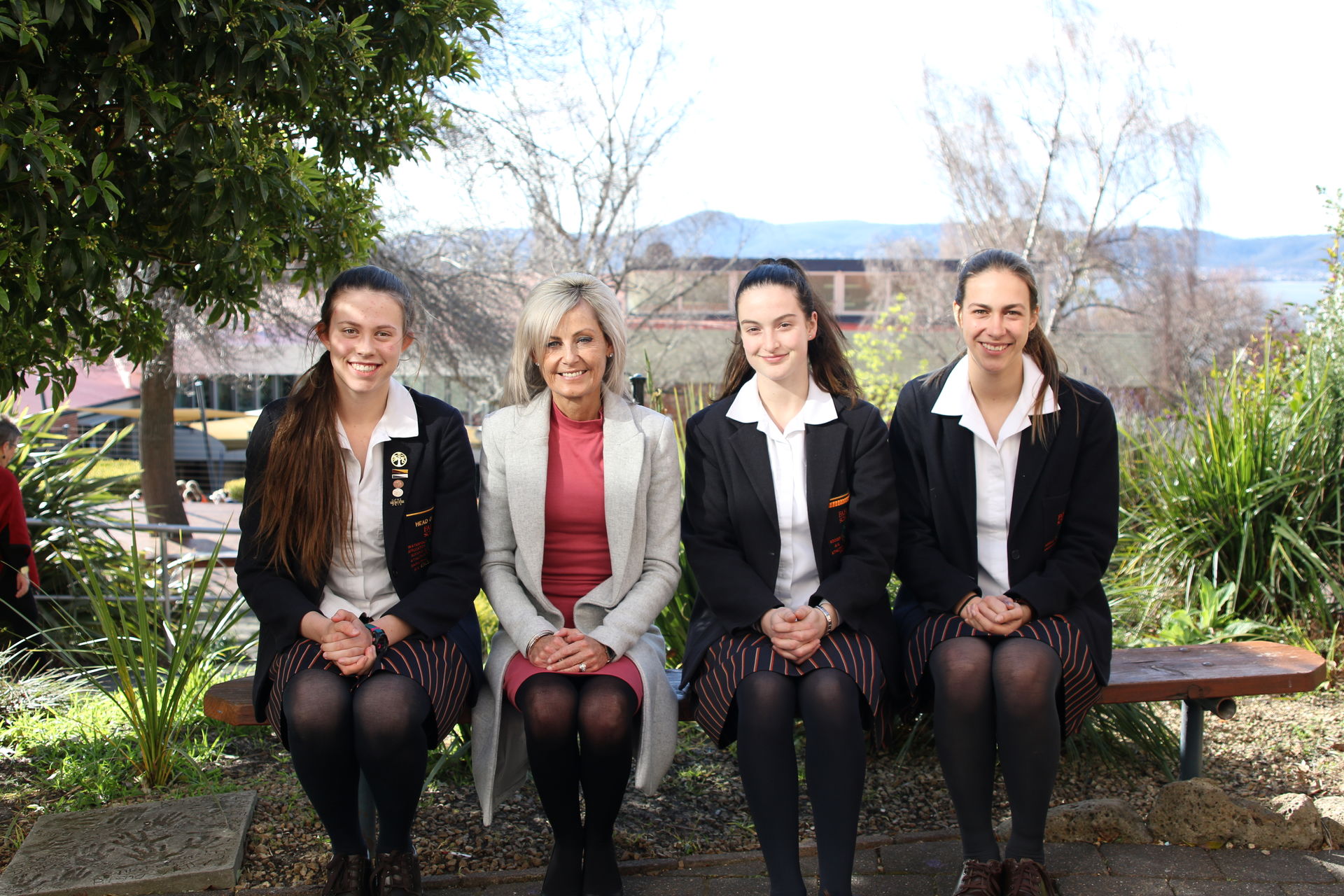 Elsie Archer is Attorney-General, Minister for Justice, Corrections, Environment and the Arts, and the Liberal Member for Denison. After the 2014 State Election, she became the first female Speaker of the House of Assembly in the Tasmanian Parliament in its 157-year history.

Her lecture, titled Different Styles of Leadership was the ninth in a series, named in honour of the founders of the School, Miss Isobel Travers and Miss Audrey Morphett, and inaugurated in 2010 to commemorate the School’s 75th anniversary. The lectures are designed to showcase members of the Fahan Alumni who have gone on to become leaders in their fields.

Elise was Fenton House Captain before graduating from Year 12 at Fahan School in 1988. After graduating from Fahan, Elise completed a Bachelor of Laws Degree at the University of Tasmania. She was admitted to practise as a Barrister and Solicitor in the Supreme Court of Tasmania in 1994, as well as the Federal Courts and High Court of Australia. She practised law in Hobart, specialising in litigation for 17 years before entering State Parliament in 2010, having been an Alderman of the City of Hobart from 2007.

Elise was first elected as the Liberal Member for Denison in the Tasmanian House of Assembly and became Shadow Minister for Police & Emergency Management, Planning, Community Development and Aboriginal Affairs as well as the Opposition Whip.

Elise’s lecture described how her education at Fahan helped her develop from a very shy child into a community leader: “I believe it was the unique and supportive School environment here that provided me with the perfect setting to really kick start my growth and development.” She described her journey from starting at Fahan in 1982, as a very quiet and shy but conscientious child, with a fear of being the centre of attention, to graduating in 1988 as a much more confident and ambitious young woman. Elise’s determination to overcome challenges in her legal career was reinforced by her strong desire to improve the lives of the people she worked to serve.

The decision to enter politics stemmed from Elise’s concern for Tasmanians in need, an ethos she developed in her youth while volunteering for a number of charities. Elise attributes much of her success to her strong work ethic, caring attitude toward her constituents and significant dedication to any role she takes on.

The TM Lecture is a fantastic way for students to feel empowered by the success stories of the students who have gone before them,” said Fahan School Principal, Tony Freeman.

Elise’s lecture struck a chord with Fahan senior students: "Elise Archer's lecture taught me that there are many different ways to lead, and whatever your position, you can have a positive impact on others," said Year 12 student, Hannah Vesinger.

“I enjoyed hearing how important giving back to the community is; this is significant to me as I am participating in the Duke of Edinburgh’s International Award, which has a focus on giving back through volunteering in the community,” added Deputy Head Girl, Renée Di Benedetto.

Head Girl, Alesia Dyke was also impressed with how the lecture, “showed that confidence and leadership qualities don't always come naturally and the challenges and opportunities we face in our day-to-day lives can help bring out the best in ourselves and others."

Elise exemplifies the ideal of the Fahan girl and her ability to make a positive difference in the community. She provides an excellent role model for the girls and encourages high aspirational targets. 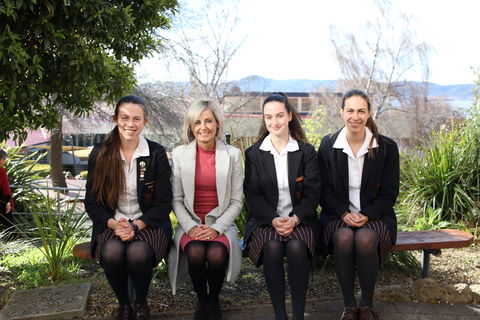 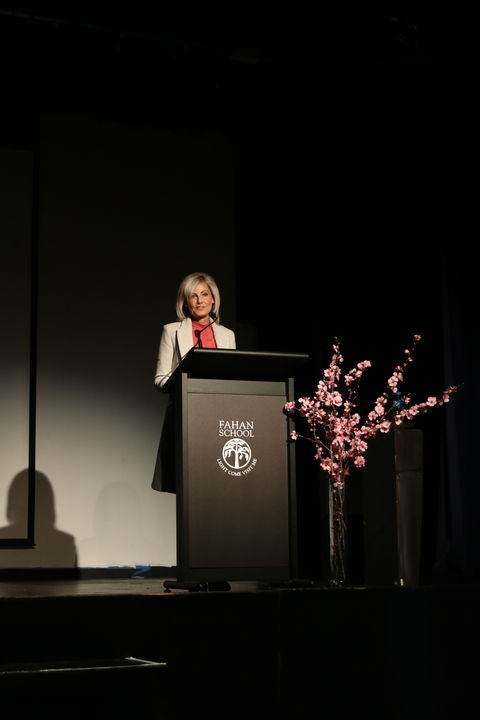 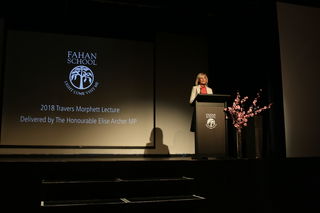 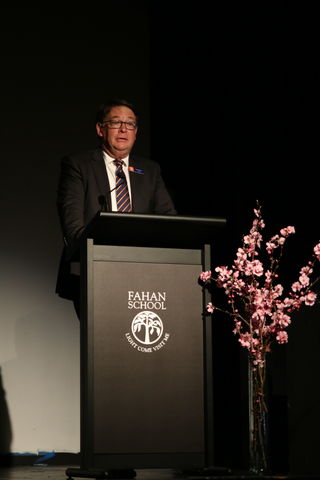 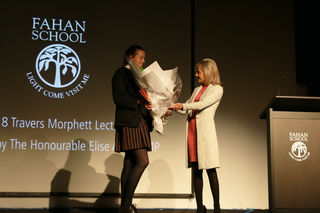 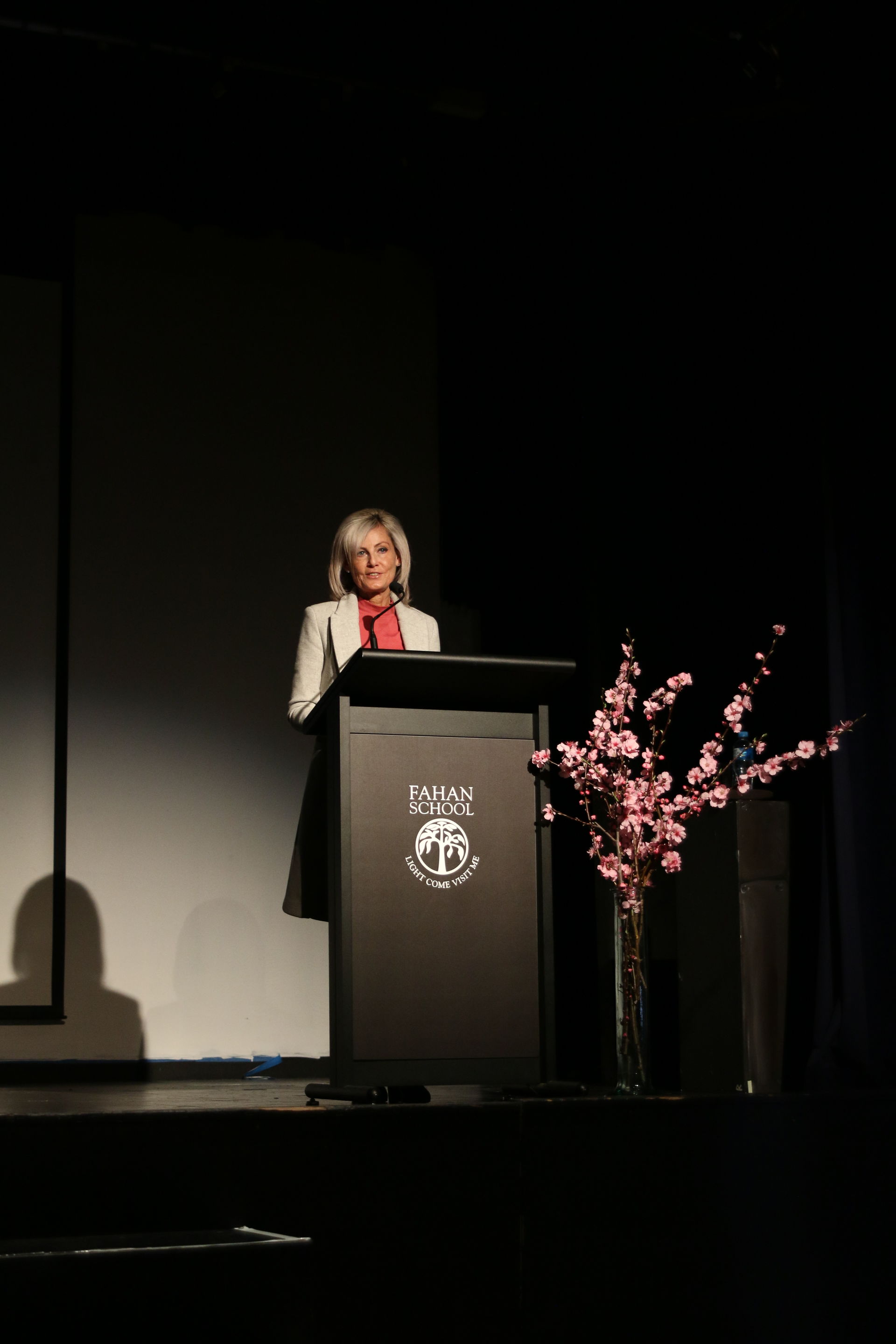 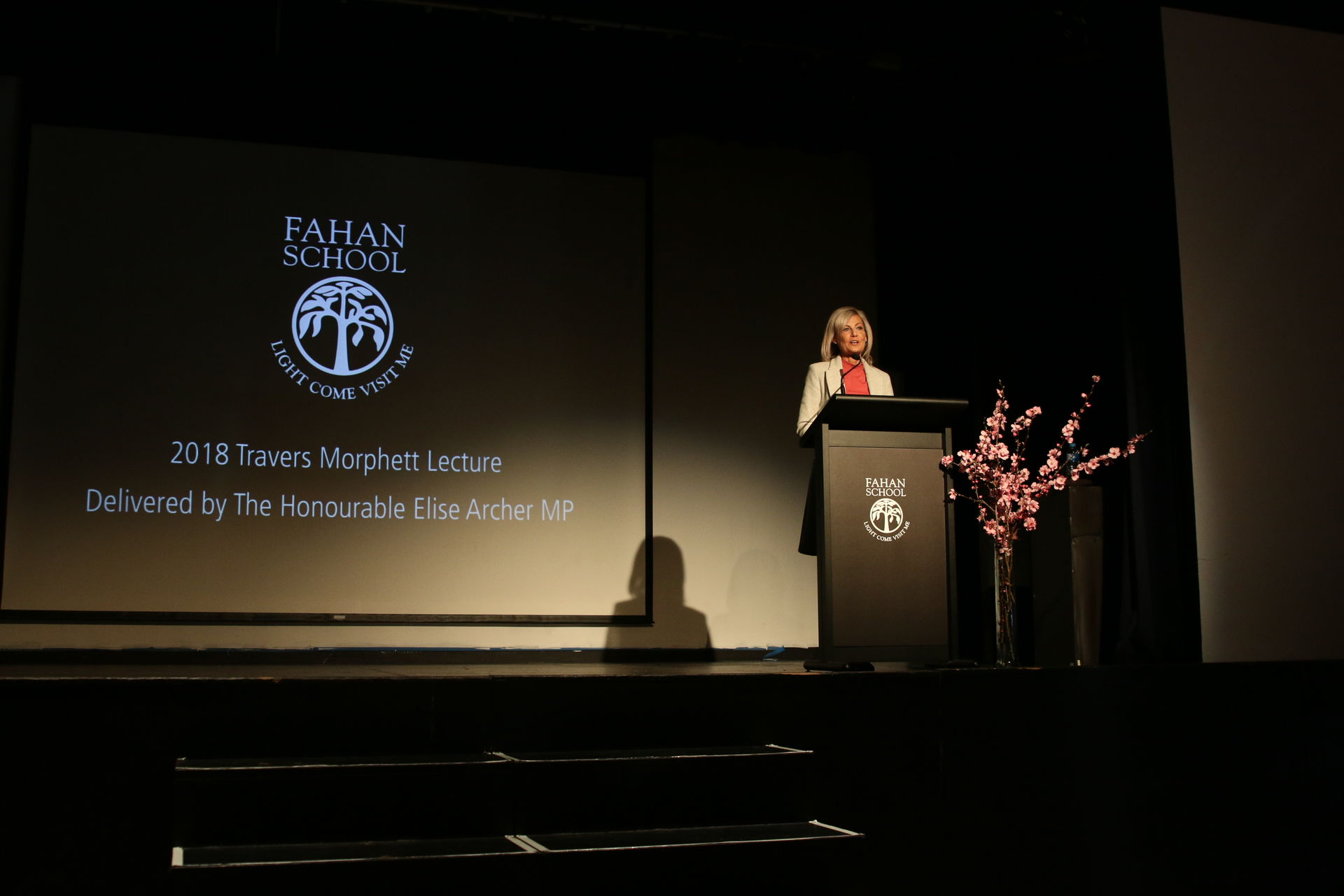 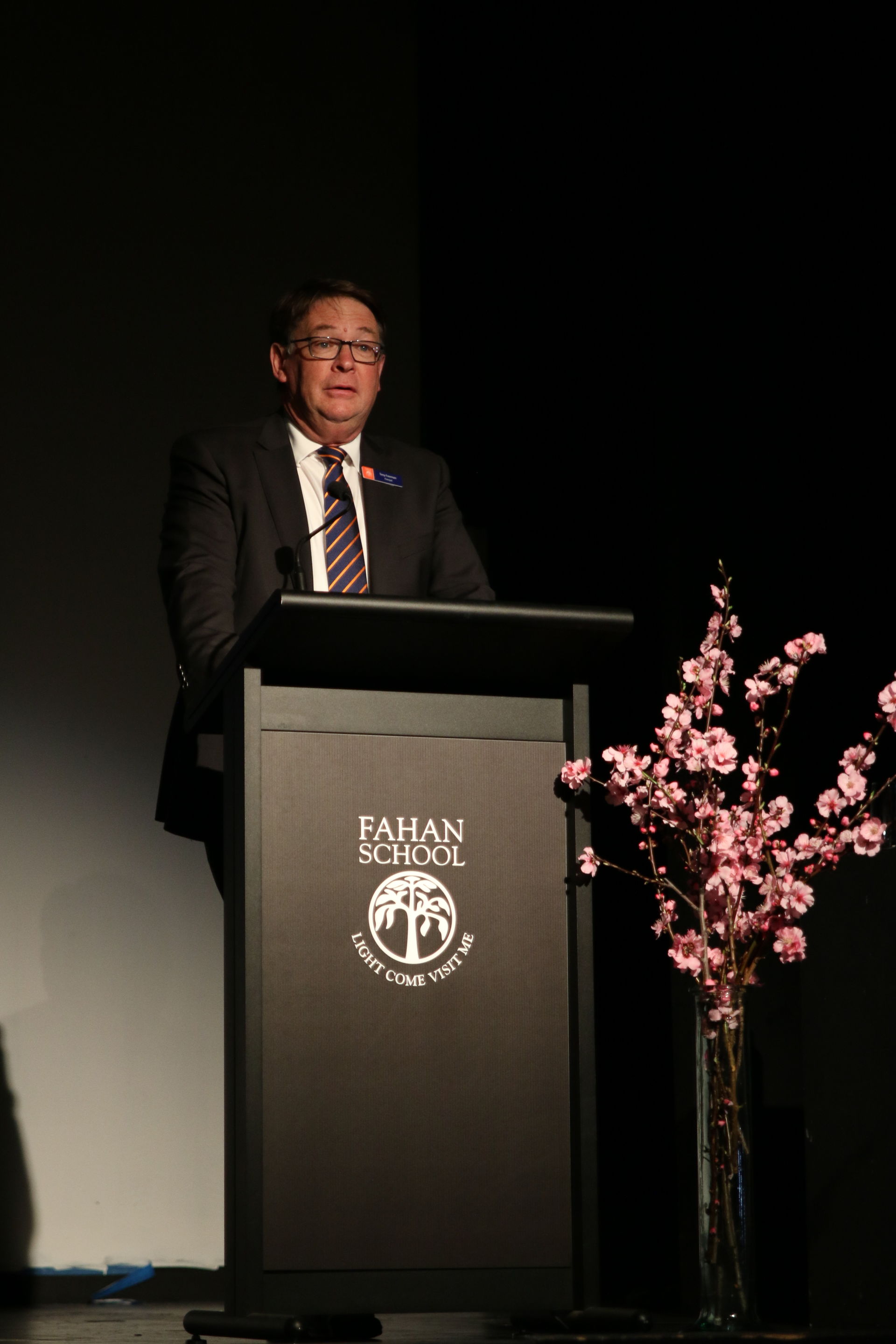 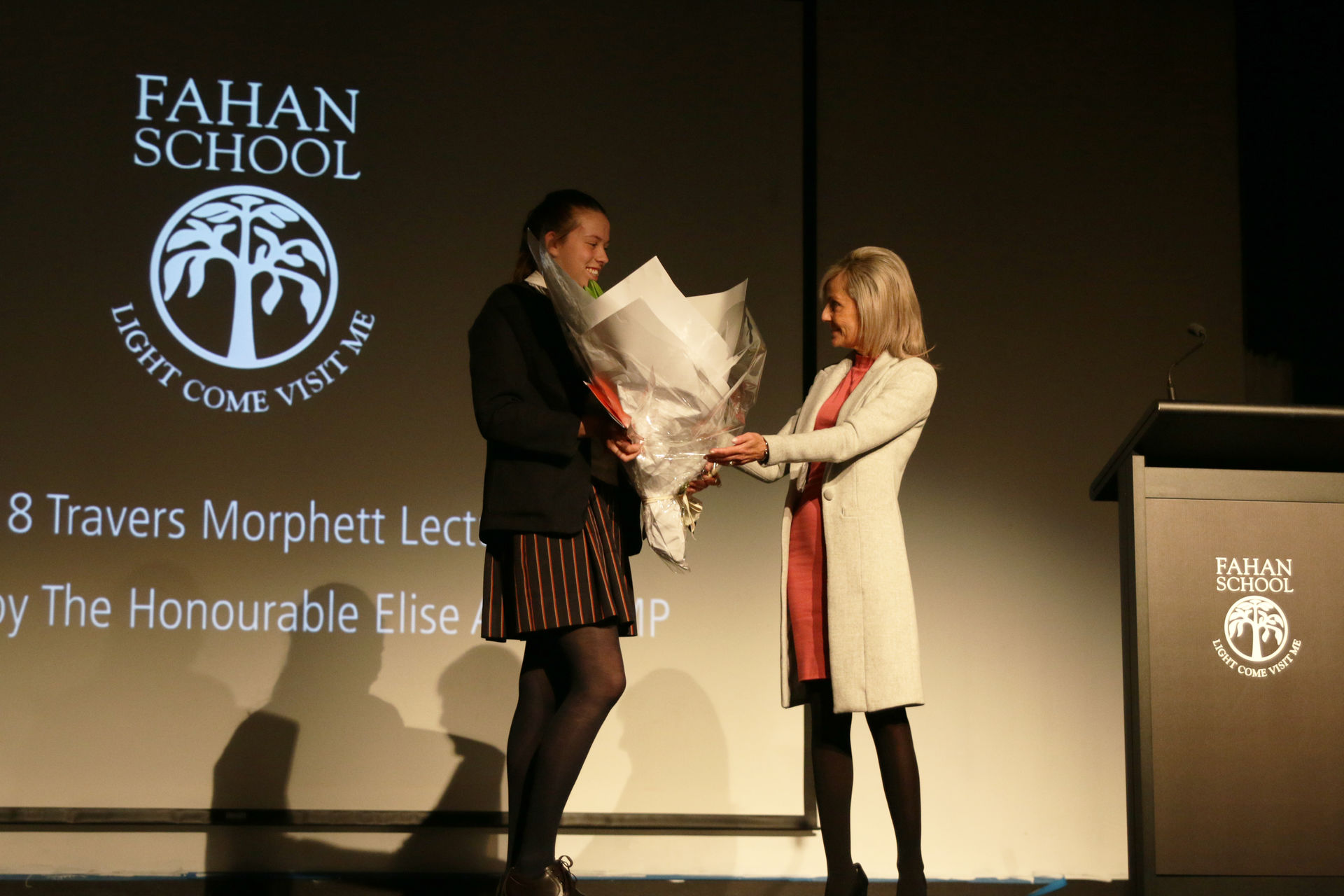 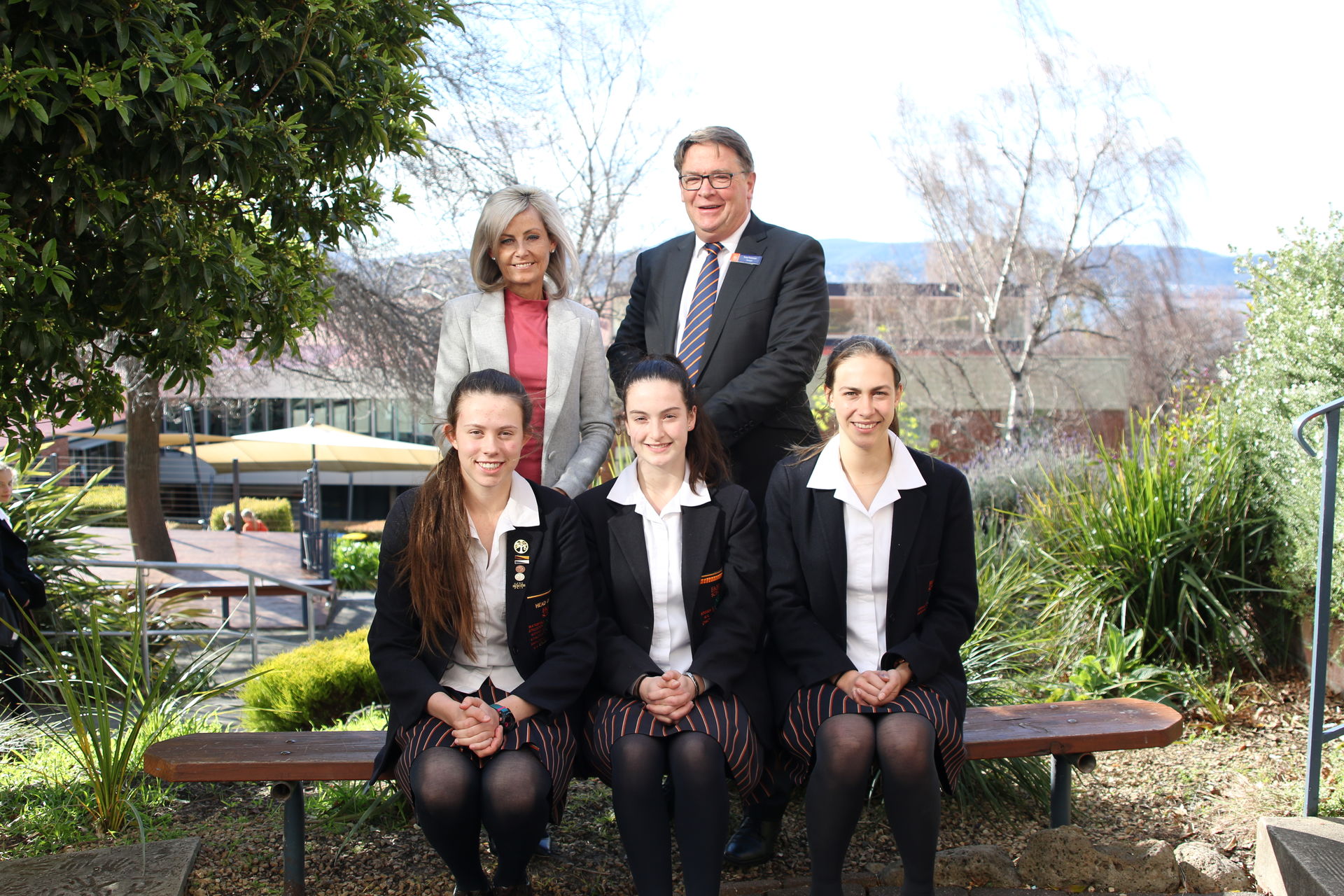 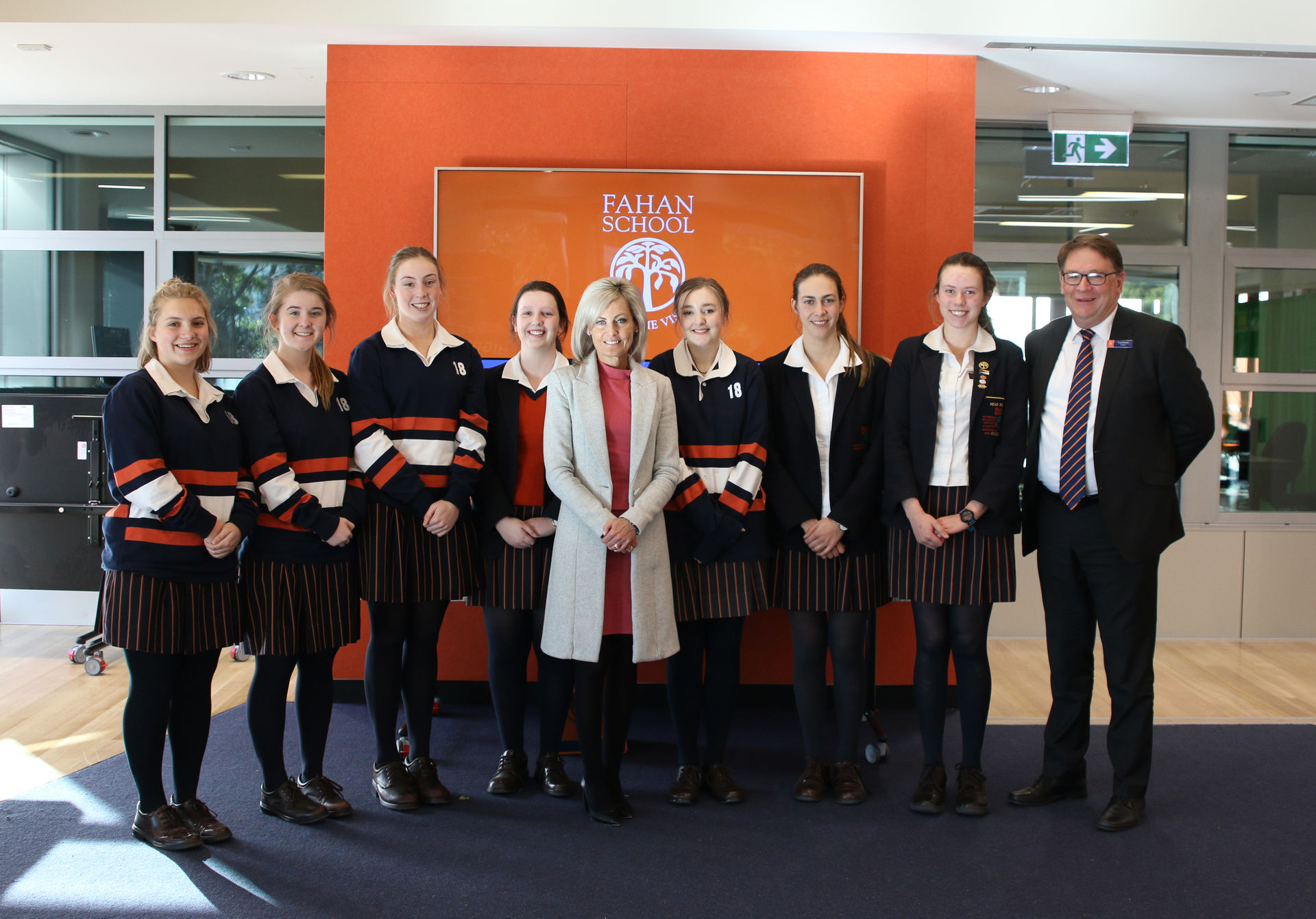