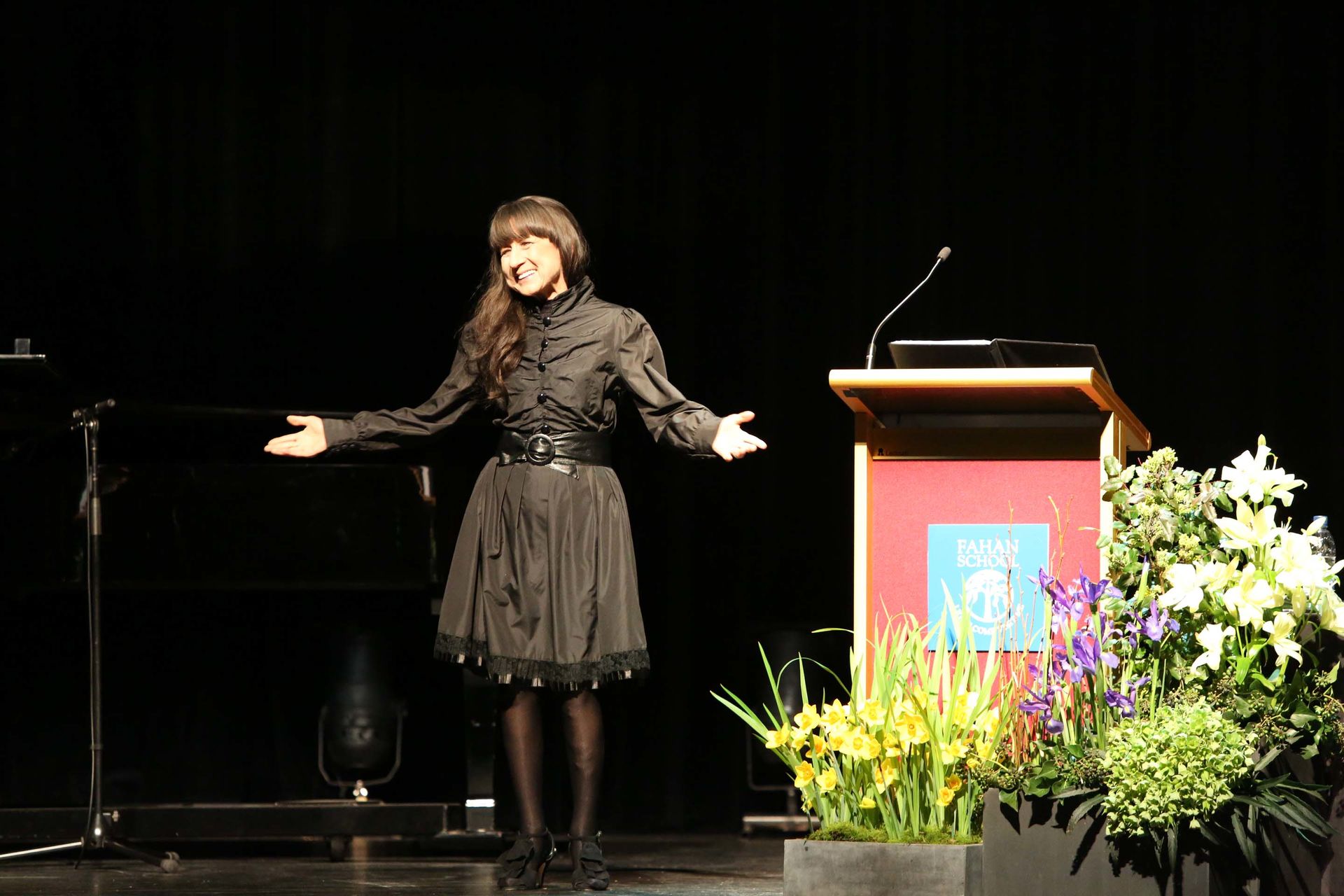 A memorable night at the Theatre Royal

On Wednesday 8 August, Judith Durham returned to Fahan School to deliver the 2012 Travers Morphett Lecture – an event that showcases the achievements of past Fahan students who have become experts in their field.

With a career spanning more than five decades, Judith certainly qualifies as an expert with a string of international awards and accolades to prove it.

As the lead vocalist of Australia’s first global chart-topping band, The Seekers, Judith was Australia’s first international “Pop Princess” and outsold many of her fellow 1960s bands including The Beatles, The Rolling Stones and The Who.

The legendary song Georgy Girl was nominated for an Academy Award for Best Song in a Movie while The Carnival is Over is still statistically No. 30 in the “UK Top 100 Best Selling Singles of All Time”. Perhaps one of The Seekers best known songs, I’ll Never Find Another You has received more than 5 million YouTube hits and is still climbing.

Even the World Congress of Music Therapy in the UK recognised something special about Judith’s music, acknowledging the healing power of her voice and her compositions back in 2002.

If you thought that was impressive, Judith became Australian of the Year when The Seekers were honoured in 1967 and was awarded the Centenary Medal by the Governor General in 2003 for service to Australian society through her music.

While Judith has achieved remarkable success in the field of music, she has also been recognised for her tireless charity work. Rotary International invested her as a Paul Harris Fellow in recognition of her work on behalf of charities. Judith has been National Patron of the Motor Neurone Disease Association of Australia since the death of her beloved husband, Ron Edgeworth from the disease in 1994. She is also Patron of the Injured Nurses Support Group, the Small Miracles Foundation and supports numerous other charities including Yooralla, International Women’s Federation of Commerce & Industry, Kids Under Cover, Variety Club and the Lord Mayor’s Charitable Foundation.

Yet Judith said that she often wished she could give more and felt she wasn’t doing enough for charity.

Would that we all had her commitment to giving.

“At Fahan we were very lucky that Ms Morphett supported the arts. We sang some lovely songs about Australian wildlife,” said Judith, who proceeded to give an a capella rendition of the songs she remembered from her time at Fahan.

Judith spoke of her tremendous love for poetry, reading out two poems that she wrote during her time at Fahan School, Winter in Hobart and The Flower.

Both poems received solid rounds of applause much to Judith’s amusement.  “I don’t think I got a round of applause when I read it at Fahan.”

Many of Judith’s poems have become the catalyst for her song lyrics. One such song, All in Good Time, was inspired back in 2003 when Judith was touring at the Royal Festival Hall in London.

“I was getting packed and was quite worried about how things were going to go and my friend sent me an email. It read ‘Calm down. Breathe. Everything can wait. Email can be tyranny, yet another thing in our busy lives. We know you’re there. We know we’ll hear from you when you can manage it. No worries. No rush. No problem. All in good time. It may be a cliché but its true. Could be a song title.’ She wrote that in brackets and I never like to miss a challenge. I sat with pen and paper and wrote All in Good Time. I thought you might like to hear how the song ended up.”

Judith took a seat at the grand piano and treated the audience to a beautiful and moving rendition of the song, along with Happy Years I Spent in Hobart, which is part of her Suite of Australian Cities songs.

After the lecture, Judith was presented with a beautiful bunch of flowers and an alumni badge, a gesture that was particularly memorable for her given that she had never been ‘tossed out’ of Fahan in the proper fashion, as her father relocated back to Melbourne for work in 1956.

Fans, both young and old, lined up in the foyer after the lecture to meet Judith, with many having her sign albums, programs and souvenirs.

“It was lovely to see the younger generation buying Judith’s albums,” said Tony Freeman who is himself a huge fan of Judith’s music. 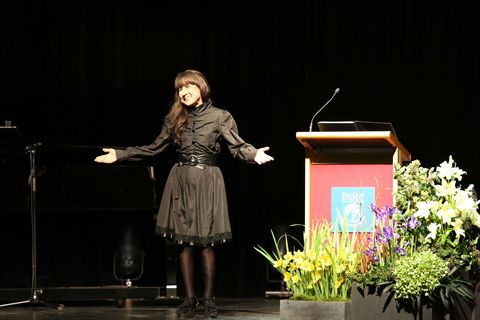 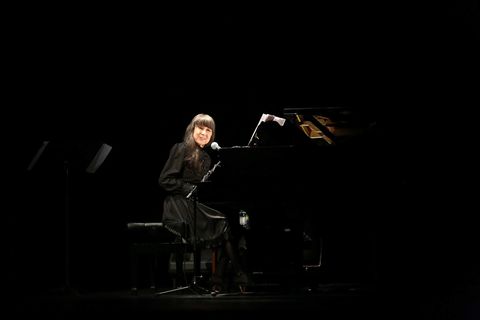 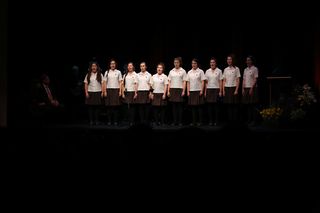 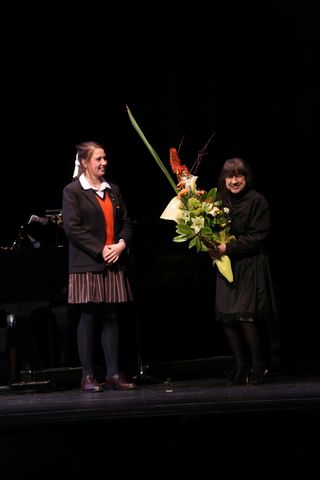 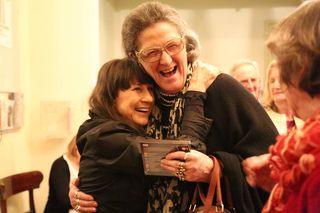 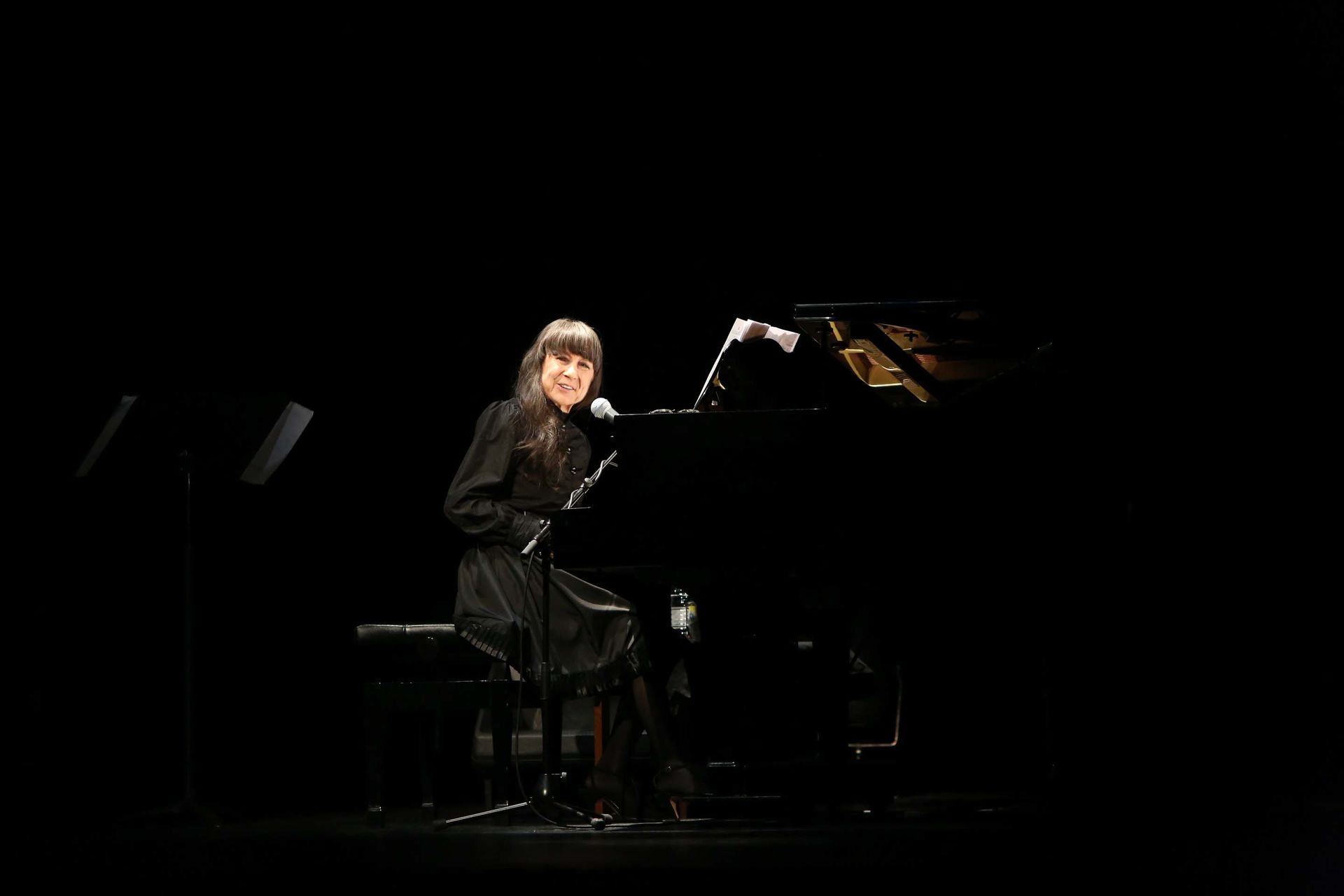 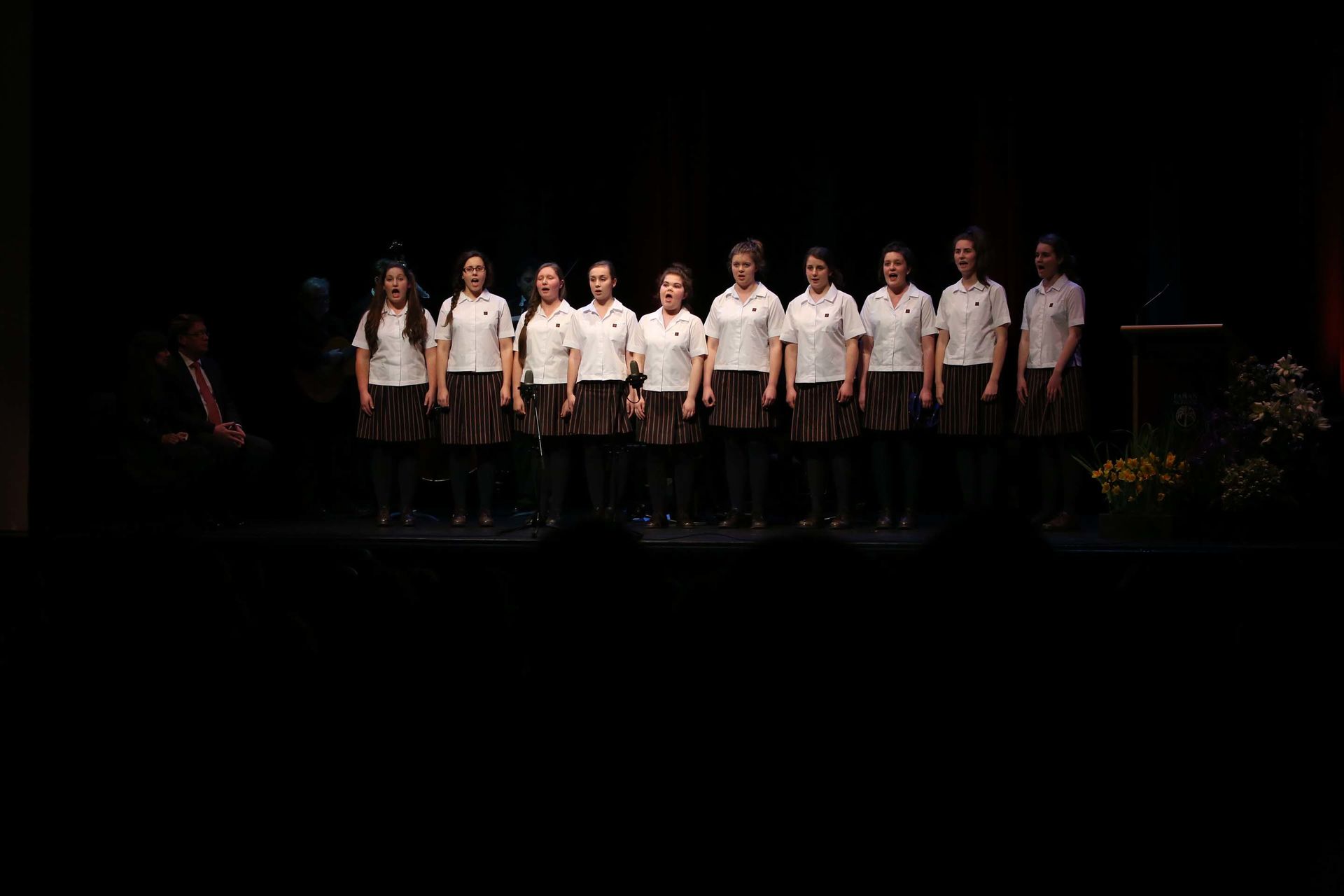 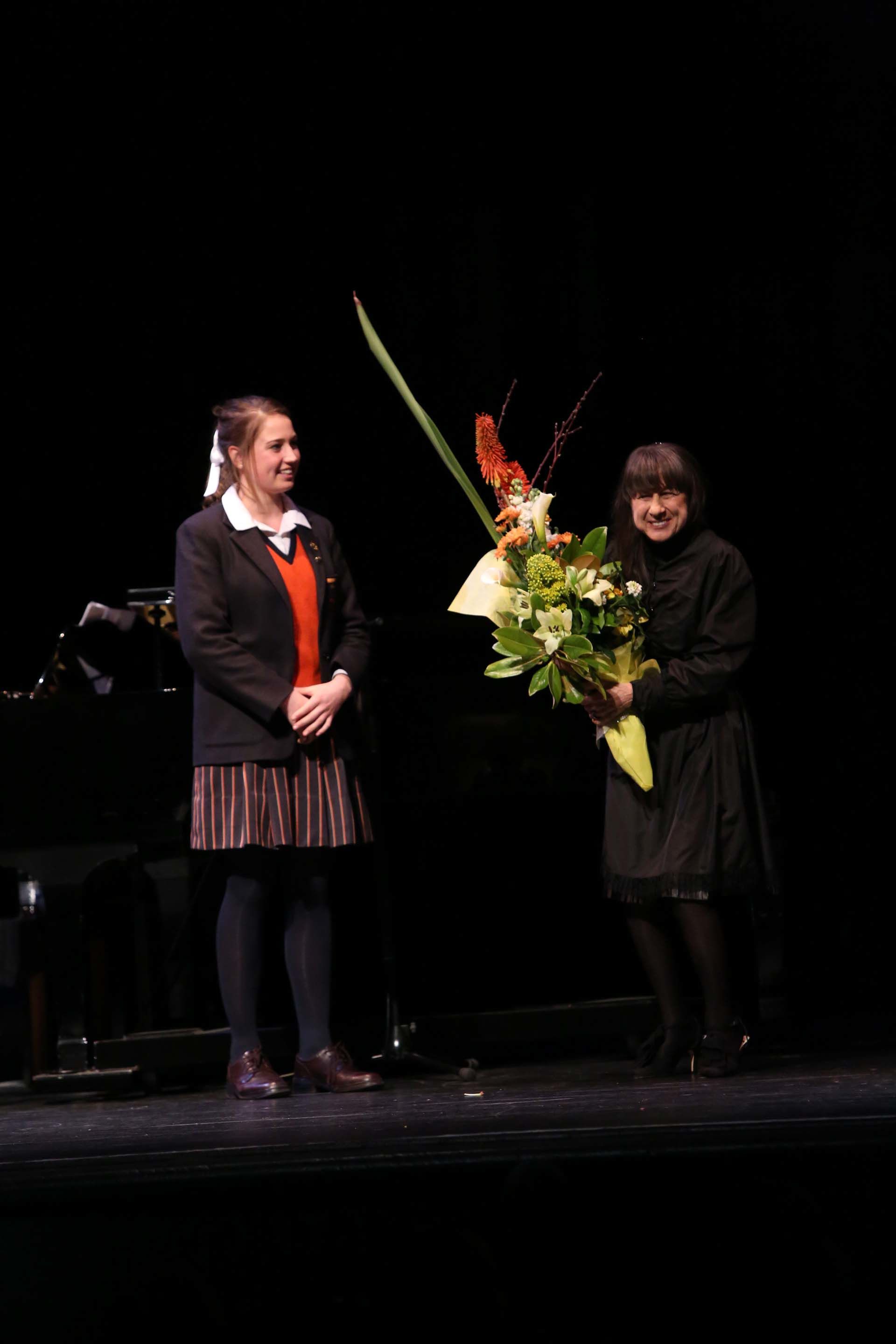 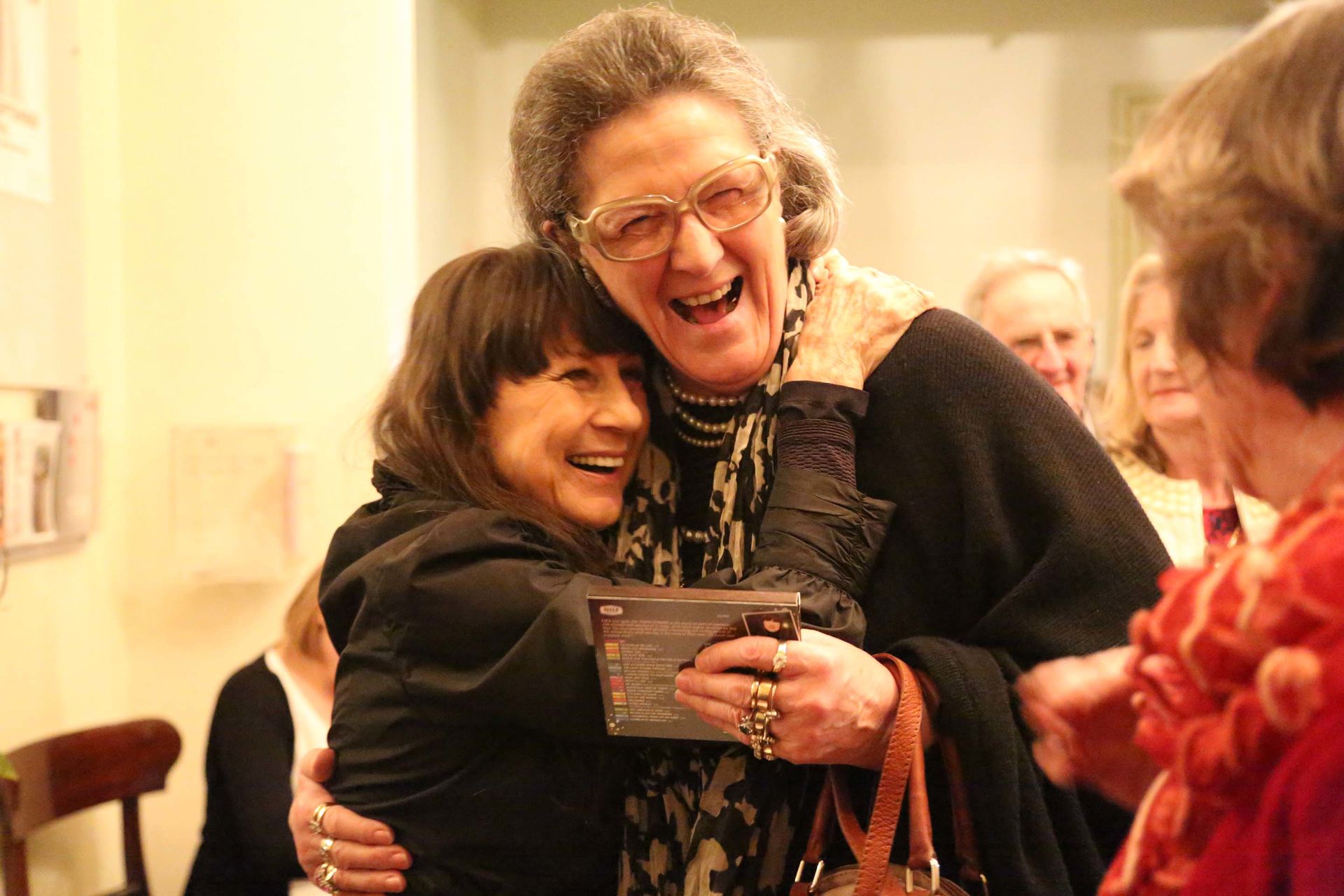 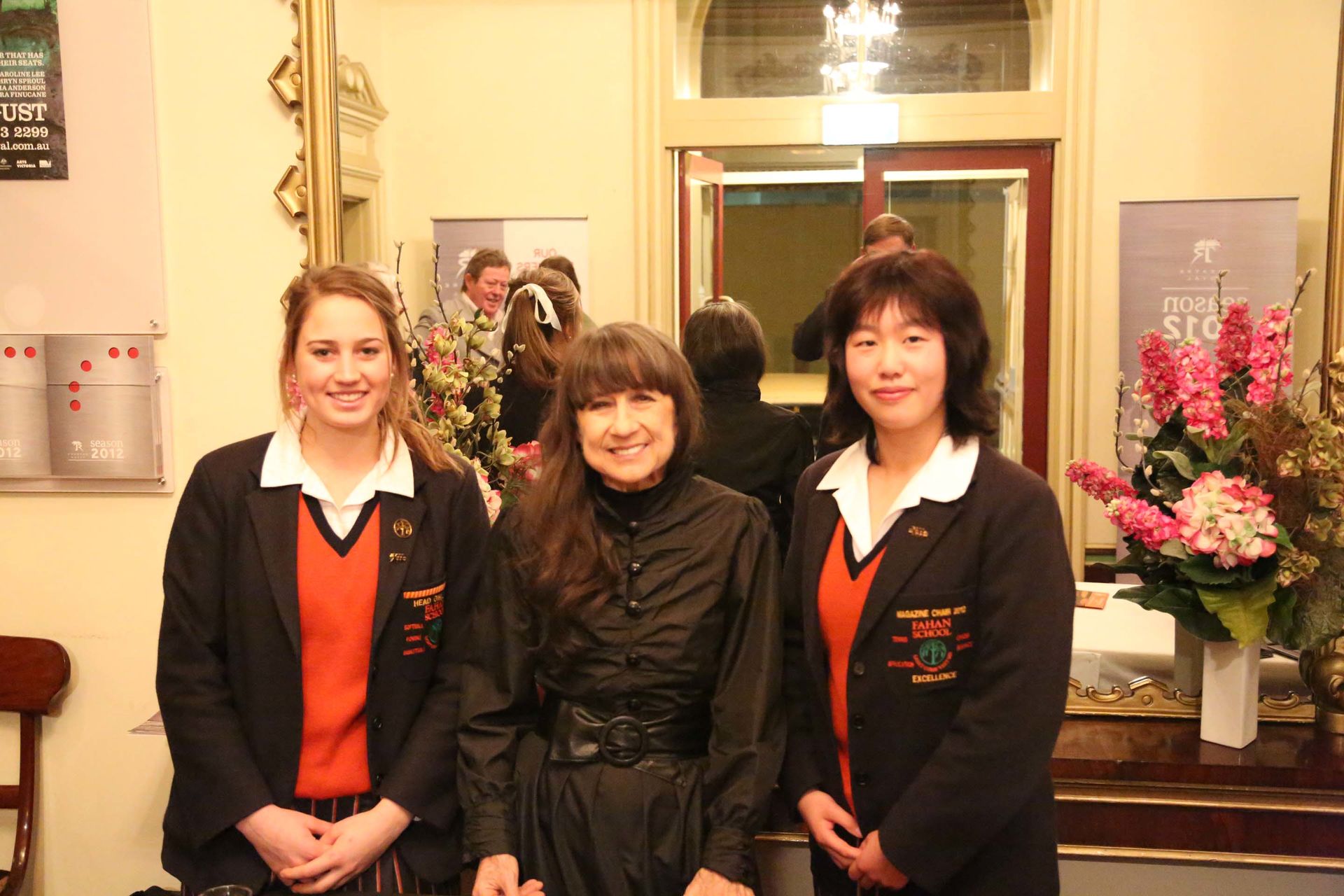 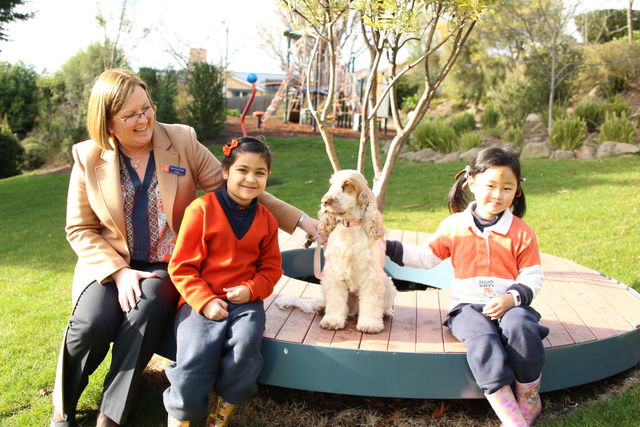 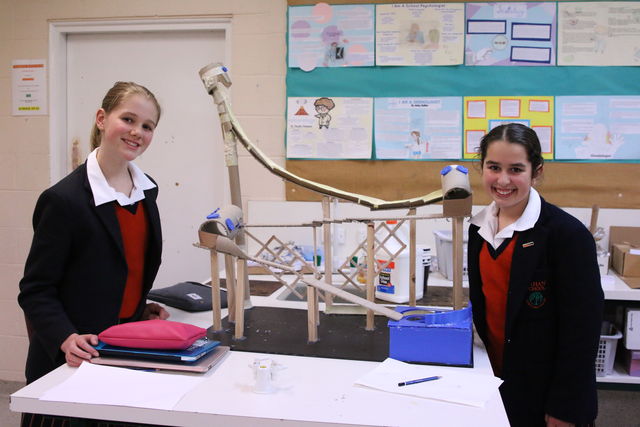 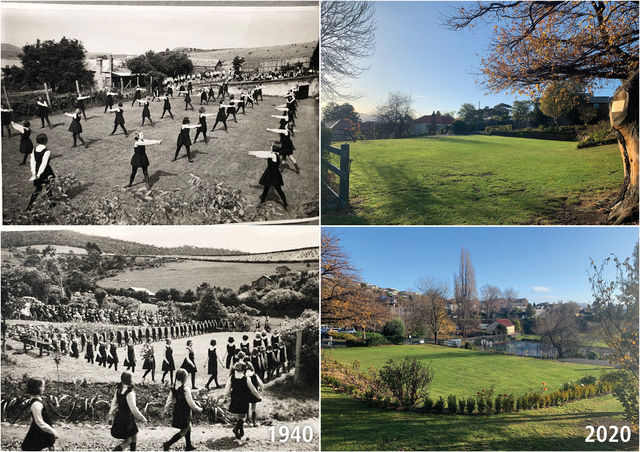