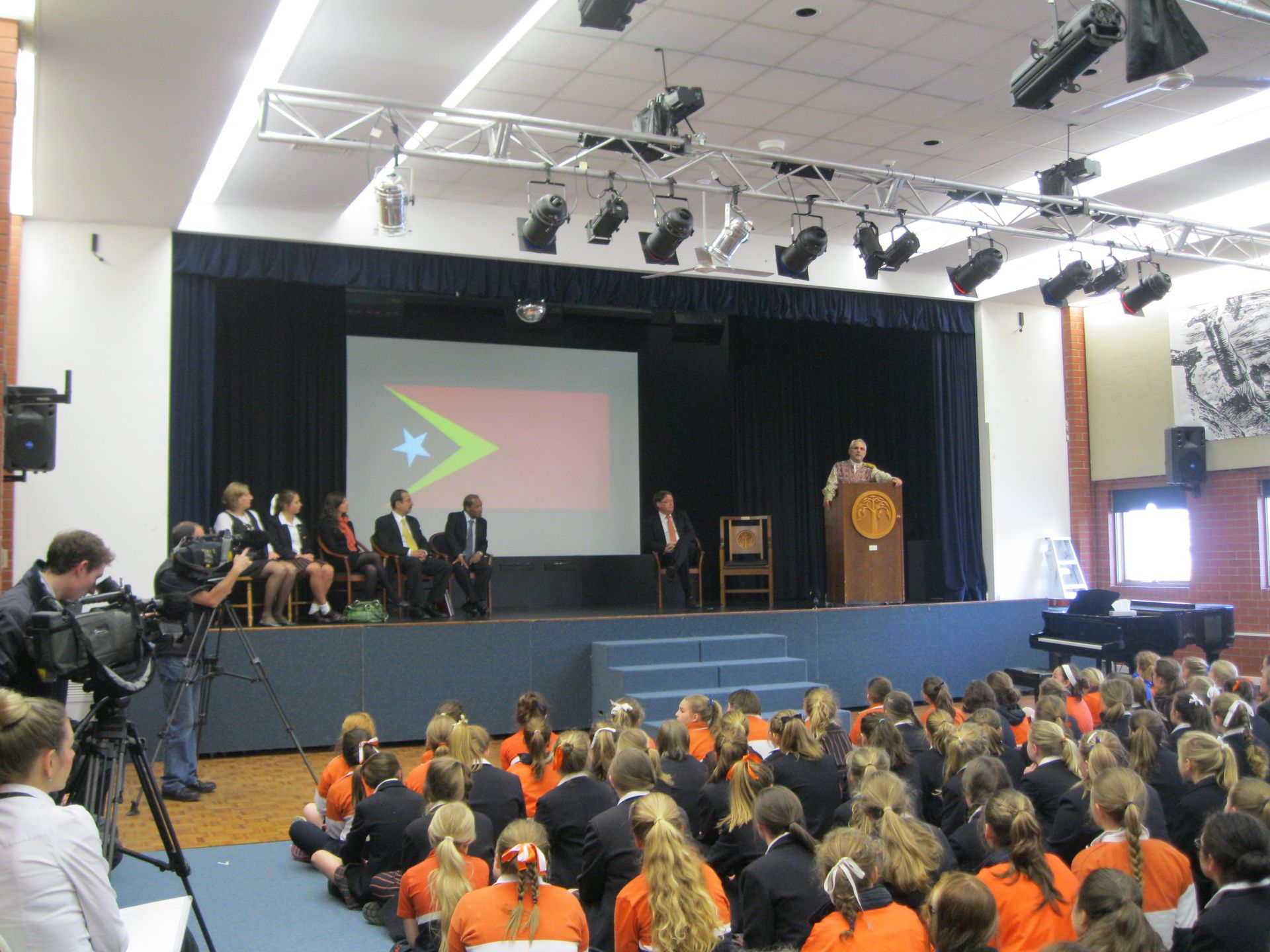 Dr Ramos-Horta spoke to around 250 Fahan students about establishing closer ties between East Timor and Tasmania.

Since 2005, Fahan students have shared an association with Timor Leste that includes a friendship with a primary school in Daisoli.

"Each year, the students exchange letters with students from the School and learn about the history and geography of East Timor," said Principal, Mr Tony Freeman. "Our student leaders also organise an annual fundraiser that has enabled the building of a classroom and the purchase of desktop computers for students in Daisoli."

Other special guests included His Excellency, Mr Abel Guterres, East Timorese Ambassador to Australia and the Honorary Consul for East Timor in Tasmania, Dr Nitin Verma, who some may know as Anu Verma's husband.

"It is a wonderful opportunity for our girls to be inspired and encouraged by such an inspriational visitor,” said Tony.

Members of the media came along to film Dr Ramos-Horta's speech. If you would like to view the footage, please click the links below. 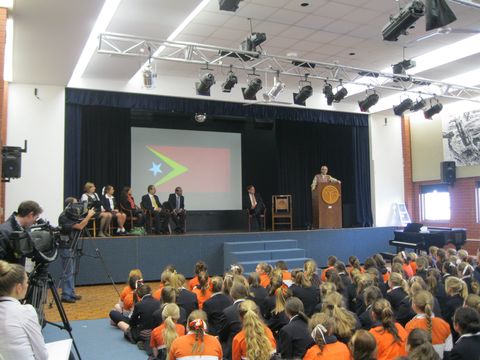 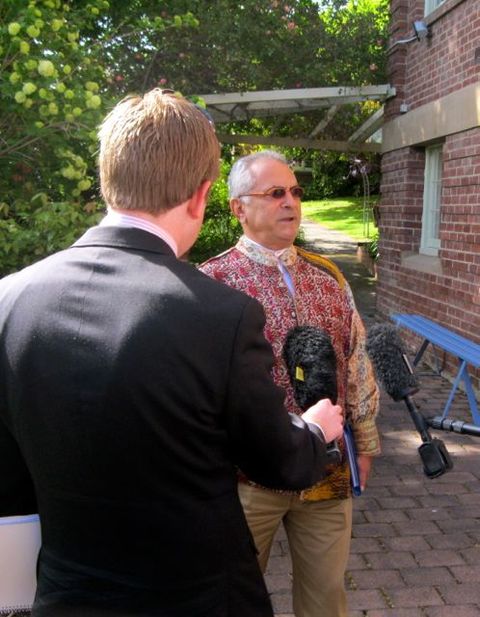 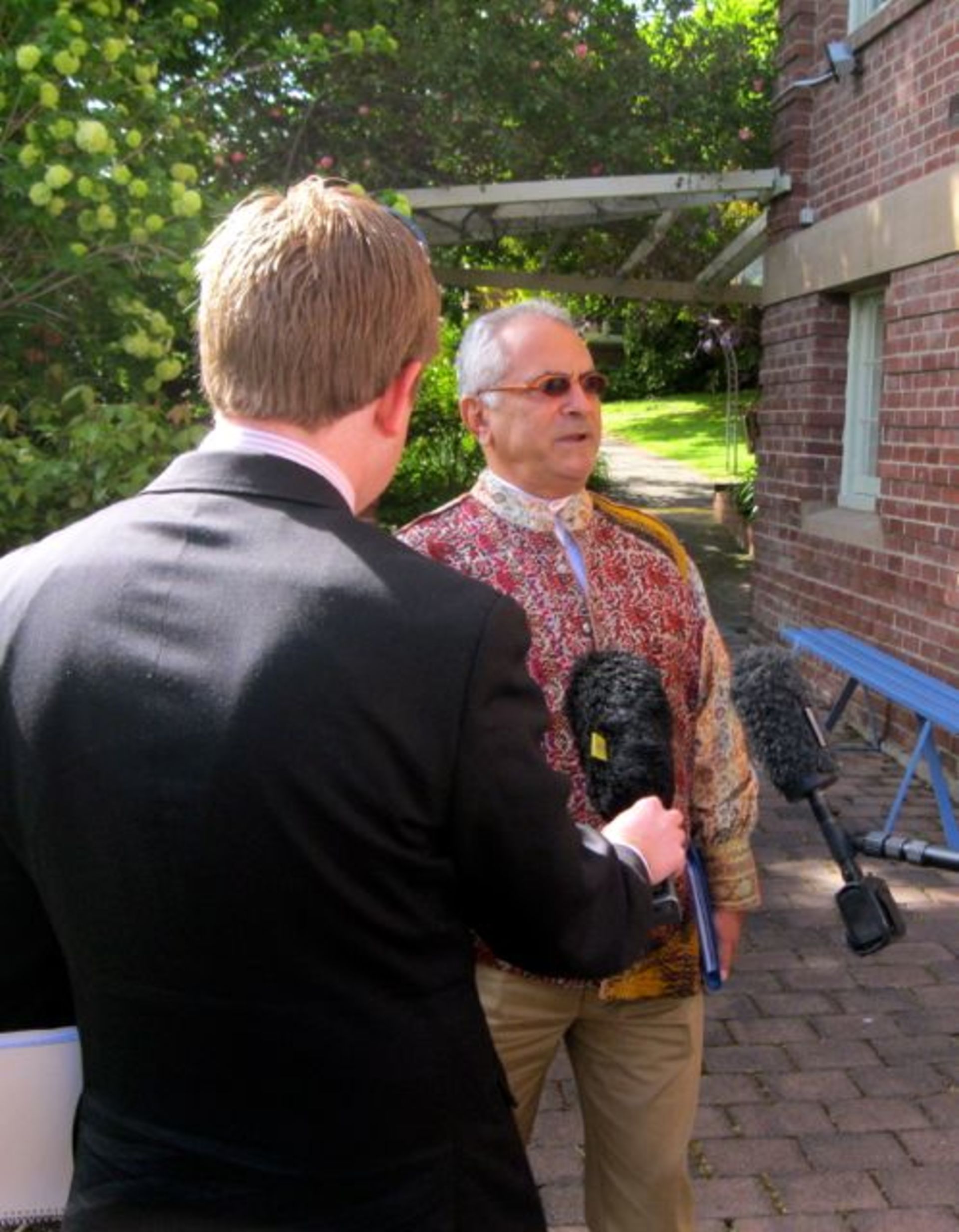